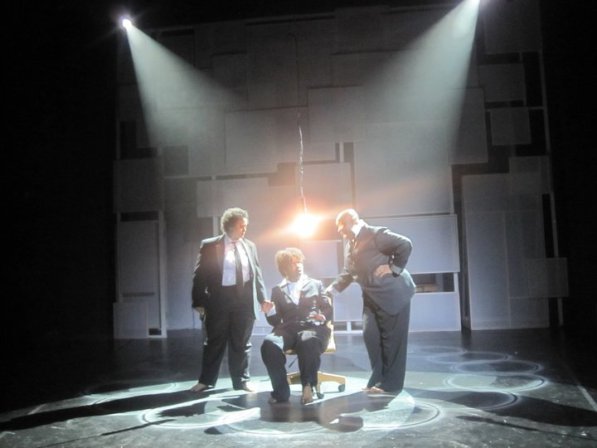 “…women have organized against the almost routine violence that shapes their lives. Drawing from the strength of shared experience, women have recognized that the political demands of millions speak more powerfully than the pleas of a few isolated voices…. This process of recognizing as social and systemic what was formerly perceived as isolated and individual has also… been a source of strength, community, and intellectual development.”

“Go into the arts. I’m not kidding. The arts are not a way to make a living. They are a very human way of making life more bearable.”

When I first heard about SIFC’s new format, I got curious. Then when I received the request for proposals for their re-launch debut “Margins”, I got AMPED! Not only for the chance to share the history, mission, and current work of my crew Honey Pot Performance, but also for the golden opportunity to fortify our local community of DIY/collaborative artists, activists, and critical thinkers around a central notion that affects us all: how to live (even thrive) while inhabiting, loving, and creating in the margins! We ladies of HPP can (and probably will) write an entire how-to book about this artistic life in the margins, but for the sake of this looming SIFC deadline, I’ll boil it down to four major bullet points for your review and consideration. Let’s begin at the beginning…

Honey Pot Performance is myself, Aisha Jean-Baptiste, Abra Johnson, and Meida McNeal—friends, writers/scholars/performers, women of color, lifelong Chicagoans. We originally came together as a creative collective in January 2001 under the name Thick Routes Performance Collage.

Between 2001 and 2007, Thick Routes Performance Collage presented several interdisciplinary performances of varying lengths at various campuses, festivals, and residencies around Chicagoland. Then after a two-year hiatus due primarily to encroaching day-job obligations, we came back together in a more informal setting. That was in the summer of 2009. As the tentacles of the 2008 global recession probed even further into our daily lives, we all reached a breaking point and collectively decided to start a weekly creative writing/movement workshop as a release valve against the anxieties, pressures, sleights, and micro-aggressions that were mounting on what seemed like an hourly basis. The workshop turned into a world premiere named The Ladies Ring Shout, and provided not just a creative outlet but a community. It was the direct progenitor of the collective as it exists today, and the official Honey Pot Performance world premiere was the 2011 feature of the same name as the workshop.

Most importantly, Honey Pot Performance enlists modes of creative expressivity to examine the nuances of human relationships, including the ways we negotiate identity, belonging, and difference in our lives and cultural memberships. Dismantling the vestiges of oppressive social relationships is part of the work. Through performance, or ‘embodied storytelling’, we emphasize everyday ways of valuing the human.

It all starts with our collective commitment to our HPP mission, really. Having been friends for over 15 years also gives us the foundation of shared values. Outside of that, our generative process includes our conversations, anecdotes, observations, favorite music, journal entries, tweets, posts, status updates etc. These ephemeral/subjective media form the foundational seed for any work we produce. Once we decide on a central ‘thru-line’ (a central notion/question that drives the work), we begin the 12-18 month road to a premiere! This process includes extensive workshopping, rehearsals, and work-in-progress showings.

Ya Gotta Have Friends!

This section is all about the resources that have guided and/or supported HPP’s marginal-yet-plucky path to artistic longevity. All the people, places, practices, skills & tools that helped us on our journey. In short, here’s the “all-go-rhythm” of our business model: Networking = relationship-building = time-management = valuation= branding strategy = goal-setting = assessment = self-care = improved quality of life = knowing who/when/how to ask for help= mentorship = partnership = clarity = progression = milestones = …

Drawing from music forms such as blues, gospel, disco, and funk, as well as dances such as the slow drag, bopping, stepping, the hustle, and line dances, Juke Cry Hand Clap explores “house” as an evolving embodied lineage of African American forms of making community and of cultural resistance influenced by the Great Migration from the rural South to the urban North (1910s through the 1970s).

In collaboration with cultural historian and house music scholar Micah Salkind, as well as sound designer and DJ Jo De Presser, HPP is hosting a series of monthly public workshops at Mana Contemporary (2233 S. Throop). A mix of various folk convene to dance, share memories, and map sites of musical and social development. These community voices and stories help connect the spaces of house music with those of its parent musical cultures (such as soul, R&B, gospel, blues, and jazz). In addition to the sites of musical memory, participants in the mapping sessions are asked to help develop a comprehensive list of social practices and aesthetic priorities related to Chicago music cultures. HPP’s culminating Fall 2014 performance will premiere at MANA Contemporary in October 2014. The work will be presented in a Juke Joint space created by local designer Norman Teague. Built out of unfinished wood and incorporating a functional bar, sound system, cabaret tables, and several stages, the Juke will be an immersive performance space that functions not only as aset, but also as a framing stage to help audiences make connections between the Southern juke joint and urban sites of musical creativity.

To create the living map, HPP is using material gathered from historical research, personal narrative, and a series of public workshop sessions where stories of house as cultural phenomenon are documented. In an ebb and flow process, material collected in the public sessions and through dramaturgy will grow in the studio. Likewise, studio-developed performance nuggets will be shared with the public to help Juke Cry take shape in discursive space (rather than the silo of a closed studio). Materials for use during the workshop, including individual worksheets, evolving paper maps, and other ephemera will help to elicit memories of musical heritage. HPP is partnering with the Mapping Arts Project platform to develop a MAP subsite for Chicago based on the evolving data set being collected at each of the workshops.

Additionally, an exhibition of artifacts curated by The Modern Dance Music Archiving Foundation, which will have its initial installation at Dittmar Gallery at Northwestern university in June 2014, will be on view at MANA aligning with Juke Cry’s Fall premiere.

This object-based exhibition will complement the performance. Its material approach to house history will help to ground the conceptual elements of Juke Cry while enhancing the overall visibility of both projects. Together, the Juke space, the HPP performance, and the archive’s exhibition will create points of access for diverse Chicago art/dance patrons, house heads, and history buffs alike….not bad for an artistic framily making work in the margins!

Felicia Holman creates and presents representational interdisciplinary performances that engage and inspire her audiences. Felicia is a lifelong Chicago resident, co-founder/Communication Director of Honey Pot Performance and Marketing/Studio Manager at Links Hall. Contact her at fholman1@gmail.com.