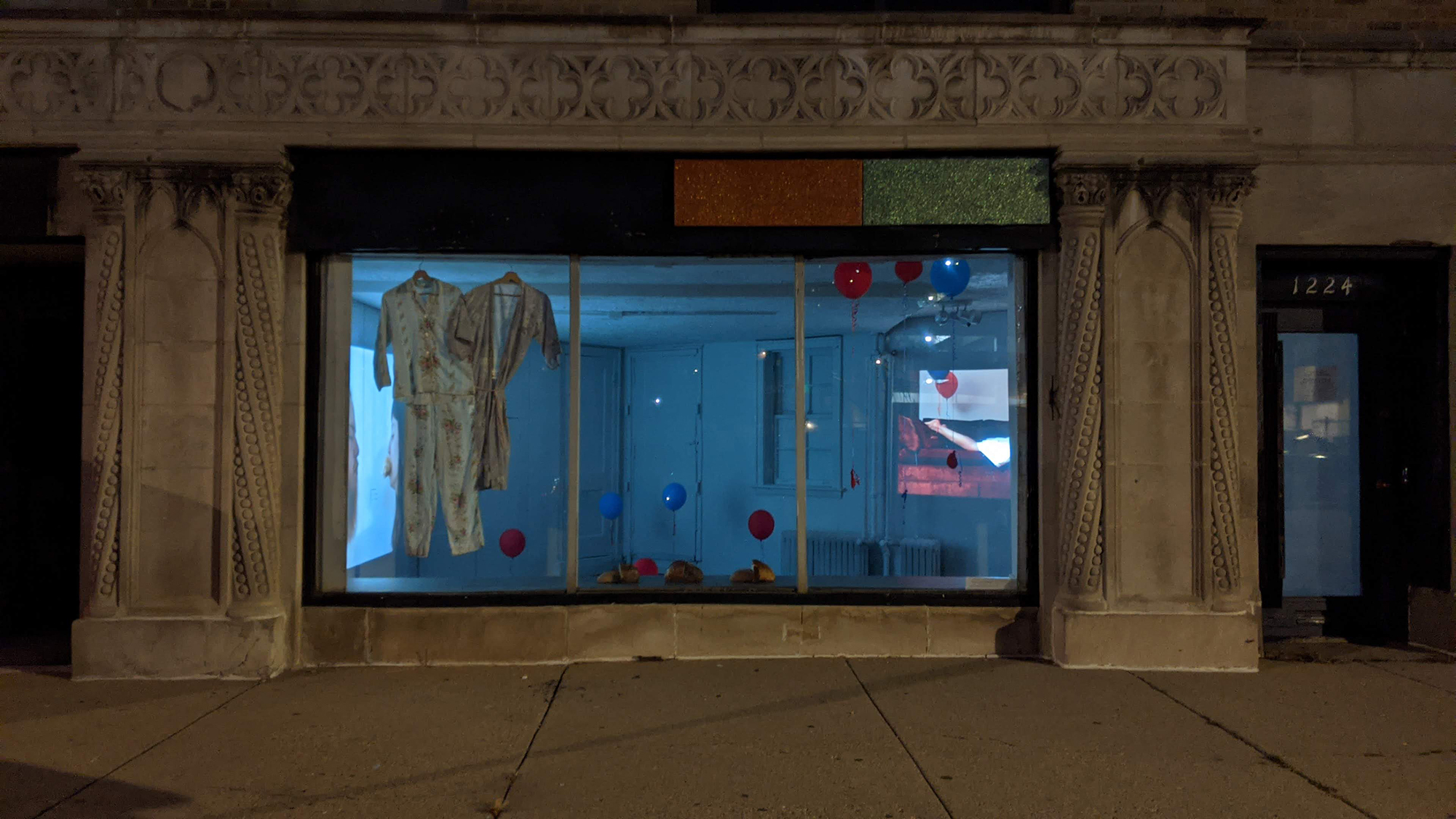 In Lewis Caroll’s Alice in Wonderland, the titular heroine stands at a crossroads in her adventures when she discovers two magical potions. The first item Alice finds is a vial of liquid labeled “drink me.” She drinks the potion and shrinks to miniature. Alice quickly finds that life small and alone is a cold affair. Tears freely flow. In her sorrow she comes across a delicate jewel of a cake, topped with currants spelling the words “EAT ME.” Alice eats the cake and grows colossal; she occupies space, air, and flesh. Something is still not right, if only it had the weight and solidity of a definition. The taste of currants lays sticky and faded on the tongue, the memory an attempt to put name to something still approaching; a wanting to return to something lost. In Sigmund Freud’s essay “Mourning and Melancholia”, he characterizes melancholia as pathological as it is marked by this unknowing, this sense of loss, the inescapable feeling that somewhere, somehow, the love you seek has rotted on its vine. This longing in turn creates a void, one that can never be filled as your consumption becomes cannibalization. You try desperately to sate your hunger but you find only yourself within reach, that old gnawing lack rising up again and again. It’s you, reflected and refracted back, that wanting and need only growing deeper and wider the smaller you become, with every bite.

Artists Lia Kohl and Nick Meryhew propose that this state of unfulfilled desire—the urge for closeness, touch, smell, warmth, everything and nothing, the forgetting of tongues and hands—holds the possibility of transformation. What does intimacy look like from the bend of a sidewalk, masked, six feet apart? Kohl and Meryhew’s Measures of Distance, a street-view exhibition at Roman Susan on view 24 hours a day (with projections after dark), interrogates the conditions of this loss through video, performance ephemera, and sculptural objects. Measures offers an alchemy of change, the chance to mourn this melancholia, and perhaps reshape those empty spaces to make something grow.

Two projection screens are visible from the street through the gallery windows, each playing video footage of Kohl and Meryhew’s performance pieces. “Measures of Distance, one” features both artists facing one another. Balanced between them, with only their mouths, chins, and necks as sources of pressure, is a loaf of bread. Neither Kohl nor Meryhew touch one another or speak for the entirety of the work. They take turns biting, balancing, chewing, and laboriously swallowing chunks of the loaf’s crumb and crust. The resulting performance is one of endurance and uneasy anticipation; there’s a certain bodily discomfort inherent to both engaging in a marathon eating session (Kohl and Meryhew finish the bread in 20 minutes, 29 seconds) and observing two people silently, almost desperately, eating against nature. What does it mean for the instinctive need to eat to be rendered unnatural? Why and how does it provoke such disquiet? Something has been lost; en masse we can no longer be together, know one another as we once did. The silence, the chewing, all reminders of what appear to be just out of reach. Yet between this dance of two, something remains: the bread loaf, a ribbon that binds. Just because we do not touch, just because our words are eaten in a fruitless search, doesn’t mean that we aren’t still here, standing before one another, another type of closeness.

Intimacy is not a fixed point, nor a linear journey. There are stops, gaps, jumps, and skips. These may all feel like little deaths, burials where you don’t quite know why or how the tears are falling. It feels like you’re being buried; did you suffocate as the ground closed in? What is it that you lost? It needs a name; a scream suffices. “Measures of Distance, three” features video footage of Kohl face down, lying motionless, on a maroon-colored couch. Kohl wears a white shift dress, and four balloons, in pairs of red and blue, are tied to her arms and legs. There’s a slight breeze in the space as the balloons gently rock back and forth. Though the viewer is asked to assume a voyeuristic position as the artist cannot return the gaze, this imbalance gives rise to a multitude of alternative intimacies and contrary proximities. When you behold the gentle, silent sway of these balloons, a part of you begins to wonder and desire. You wonder who you’re observing, the minutiae that makes their life; simply put, you are curious. An urge is suppressed at this moment, a craving to make noise, shout, release a balloon upwards to the sky. However this longing suppressed achieves its own language of attachment and contours of affection, it is a tightly held wish.

In addition to the two projected pieces, sculptural objects and ephemera from the performances “Measures of Distance, two” and “Measures of Distance, four” are laced throughout the gallery space. Two pairs of night clothes hang in the window, ghostly pale, and partially sewn together. This floral pajama set and robe are worn by Kohl and Meryhew in “two”, where they sew their robe and pajamas together, carefully knotting and undoing each stitch. Fabric, especially that which has been worn, lived and loved in, is somewhat a substitute for touch. Clothes carry metaphorical and physical weight, the undeniable presence of bodies and memory. Traces of the needle’s thread leave a hypnotic residue upon the cloth.

The show’s last set of pieces are sculptural objects taken from “four.” Loaves of bread line the ledge of the gallery window and dot the gallery floor. Each loaf is tied with a red or blue balloon. If bread becomes the vehicle for a small death in “one”, here bread represents something new, what can grow if given time to rise.

The exhibition does not presume to answer the questions that it raises, but Kohl and Meryhew’s beginnings, explorations, stops and starts present a critical body of inquiry for the time of COVID-19. Their work gives name to possibility during loss, the idea of sustenance in the face of self-immolation. There’s no linear way to tell the story; like loss, and like melancholia, it is a show that loops inward, refers to itself, an ouroboros. The show does not propose a way forward, rather it asks you to stop and look, to see, truly see what you have now. Measures proposes the possibility of home in the aching places, because maybe pleasure lives there too.

All performances mentioned in the review are available to watch at romansusan.org. Measures of Distance can be viewed from the street at 1224 W. Loyola Ave., until December 20th.

Featured Image: Installation view of Measures of Distance at Roman Susan, seeing the gallery windows and building facade, shot at night. Inside, the artists’ floral printed nightclothes hang in the window. Red and blue balloons float near the ceiling and are tied to loaves of bread that sit on the gallery floor. Slivers of the two projection screens playing the artists’ performances reflect light through the window. Photo courtesy of Roman Susan.

Annette LePique is an arts educator, and writer. Her research interests include cinema, race, illness, and the body. She has written for Spectator Film Journal, Fashion x Film, Cleo Film Journal, Another Gaze Feminist Film Journal, and Dilettante Army. She is an active performance artist with a background in dance and music.