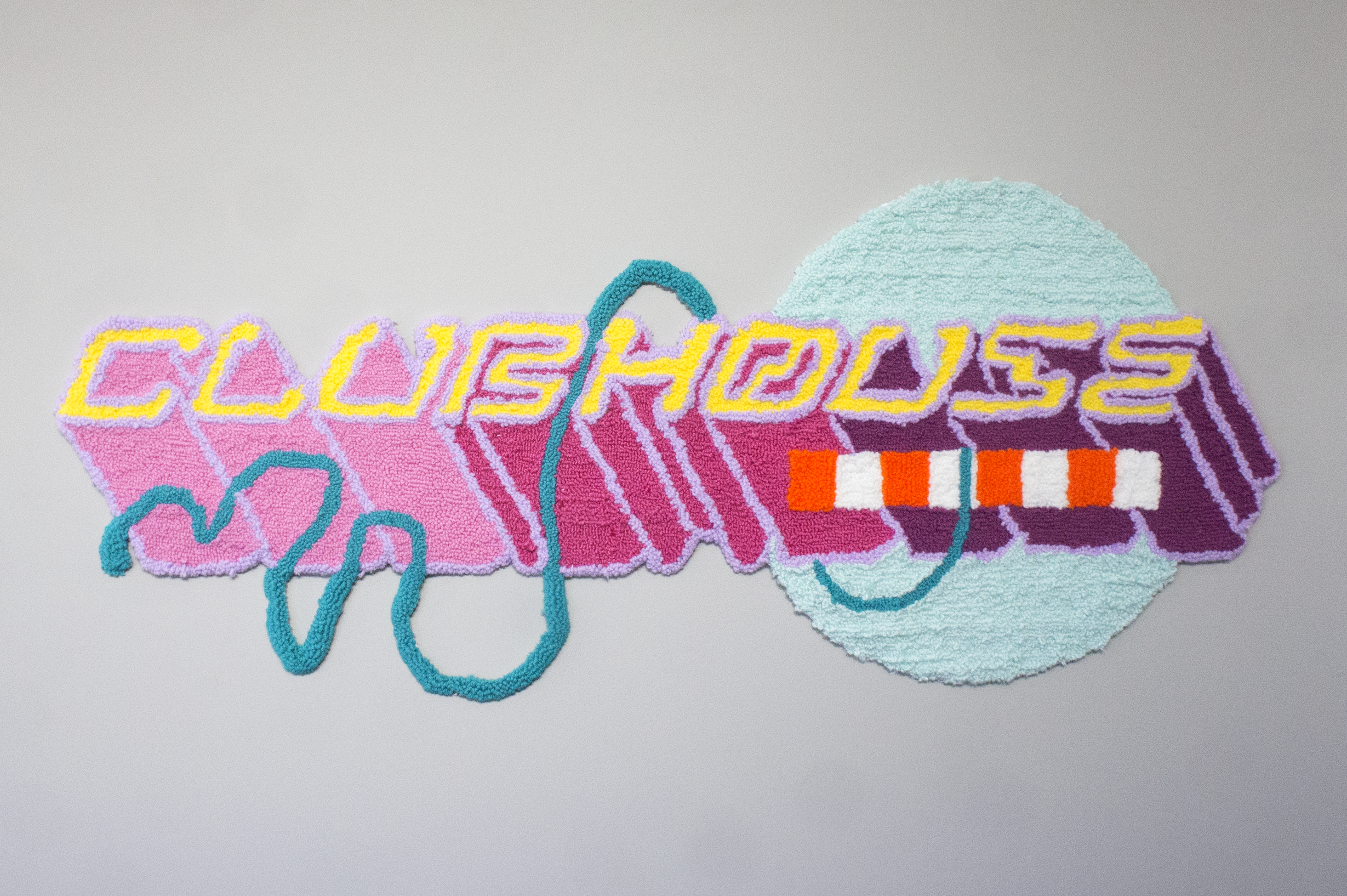 I used to spend my Saturday nights under the bask of the disco ball, twirling in an underground space, or drenched in sweat swigging my cocktail by the DJ booth. I’m a self-proclaimed club girl. Slipping into a latex dress and dancing until 6 A.M. seems foreign to me now, as it’s been over six months since I last left a club setting. No resident DJs, no covers, no fishnet tights. In the early days of the pandemic, I watched a lot of livestream DJ sessions. Dancing alone in my living room, my nerves would calm down. But after a while, even those virtual events fell short.

My last event was at The Post, a Washington Park spot, where we packed in tightly and moved together until the sun came up. It was a perfect “last party,” as a few days later the pandemic would shut everything down. I’ve been working from home ever since, my dancing shoes are tossed in a corner.

The club is such a huge part of my queer experience in Chicago. It’s essentially how I spent my weekends. Chicago, for me, seems empty without the nights stretching into the morning. That’s why when Joanie Faletto and Myles Emmons—or as they call themselves creatively, Zoi Zoi—reached out to me with their work, I was thrilled. The Pilsen-based creative duo have been working together on tufted rugs and recently had a show at Line Dot Editions where their body of work, Club House, was exhibited.

I corresponded with Zoi Zoi via email where we discussed their process, conflating domesticity with nightlife, and the future of the club.

S. Nicole Lane: Zoi Zoi is a new project together, correct? Can you expand on how you decided to team up and how it has been working together and collaborating? What is your practice like in the studio?

Joanie Faletto: Yes! We launched Zoi Zoi earlier this year after conceptualizing it in the summer of 2019. It got to a point where we would spend countless hours at diners tossing around coffee-fueled art project ideas and saying “We should make this and this and this!” It was only a matter of time before we formalized our collaboration with a name to start bringing these ideas to life in a more organized way.

Myles Emmons: We have different ways of approaching these projects, which at times creates conflict. This is okay at the beginning since it demands a resolution to move forward. A resolution requires the creativity and trust to see things differently, and that is really where these projects take off. The work has consistently gotten to a more satisfying place than either of us envisioned, so that is very rewarding! The studio practice has ramped up a lot in the last two months, which is in large part due to moving in together. There are always things to do, and we are always trying to be as encouraging as possible while being sensitive to the full-time work we also do.

SNL: “Club House” opened at Line Dot Editions with a debut collection of tufted rug wall hangings. How did both of you get into rug-making? What are your backgrounds?

JF: Rug making is super new to both of us. My background is in acrylic painting, which came from monotype printmaking. I got into rug making after buying an embroidery floss punch needle on a whim. I didn’t get very far with that before scaling up to an Oxford punch needle, which I used to make my first doormat-sized acrylic yarn rug at the end of last year. The result of a custom rug was such a satisfying novelty. After tons of research, I sprung for a rug tufting gun (essentially a handheld sewing machine that rapidly shoots yarn through backing fabric) to work at a larger scale and a much faster pace and create work I haven’t seen before. Painting can be slow and frustrating for me, and the real physical and immediate process of tufting has been invigorating.

ME: Yes, the immediacy of rug making was surprising to me! There are certainly more overlaps with digital design than you might expect. A row of yarn piles that make up a line is similar to a row of pixels that make up a line. My background is in digital media, working mainly in music and video. I’ve been able to really explore my design practice in the past four years going to school for architectural design here in Chicago. A relevant aspect of my recent training is designing things to be physically made. There are a number of constraints that come up with rug making, especially when there is text. We put together a custom type design for these pieces that was styled after a few iconic club culture fonts as well as “tufting friendly” (meaning the letter forms are each a continuous line). We always learn something with each rug and try to account for or leverage those things in the next ones.

SNL: The show and body of work focus on the club and nightlife. It’s something I miss so much so I was immediately drawn to your work. I’m particularly interested in the combination of a domestic craft—like rug making—and the connection to something not domestic, like the club. Can you discuss this conflation and tying together the club and home life can be exemplified through the craftsmanship of rugs?

JF: Mashing up domesticity and nightlife is a sort of funny contradiction, and ironically, it’s an actual part of our weird COVID-19-era reality. Having rugs on indoor walls mimicking paper flyers you’d normally pass on the street hint at this societal transition to a homebody lifestyle. More than anything, the Club House Series is about adaptation. Not kidding—we actually strung up a big disco ball and flashlight in our loft and have created a very convincing club/house for the two of us.

ME: The collection was conceived in the early days of COVID when there was still a very novel quality to everything that was happening. As time has worn on, the novelty has gone and we are facing a future that is different than what had come before. These wall pieces are inscribed with the memory of what brought us joy before all of this.

SNL: Nightlife, as we know it, will never be the same. It’s something I’m still in denial about and something I haven’t properly mourned yet. I appreciate the celebration of “terms” and lingo like “No Cover,” which is reminiscent of a time that used to be so ordinary. How has the loss of nightlife impacted you both and how has your art practice worked as a coping mechanism?

ME: Everyone around the music industry, whether it’s full time or as a side gig, is rocked by this. Some ways that I stay active in my own music community while going back to school have been designing flyers for parties and DJing every first Friday. Having those things end due to the pandemic is more than just losing an income stream, it feels like losing a community. Conceptualizing and working on this project gave me perspective in understanding we’re not just waiting for something to end, life is still happening right now.

JF: This is probably my pandemic brain talking, but I go through waves of really missing nightlife and wanting to just live in a cabin in the woods. Although, because we did so much research looking at old rave flyers and club promos since quarantine started, making the Club House series has allowed us to hang on to a connection to nightlife without actually experiencing it as we once knew it. A shared love of nightlife and dance music has played a special role in our relationship over the years, so it felt right to have our debut collection playfully touch on the changing landscape of a culture that’s so dear to us.

SNL: And anything else you want to add? Future shows or projects?

JF: For our next projects, we’re exploring ways to integrate rug making with audio and other interactive elements. A focus of Zoi Zoi is functional art, so we are also planning to grow our practice making and remodeling furniture and other home items.

Featured Image: The words, “CLUBHOUSE” are written out in yellow font with a pink and purple shadow. Surrounding the text is a teal swirl that loops around the typography. On the right side is a red and white blocked thin rectangle. On the right side of the piece behind the word, “HOUSE” is a mint circle. Photo courtesy of Zoi Zoi.