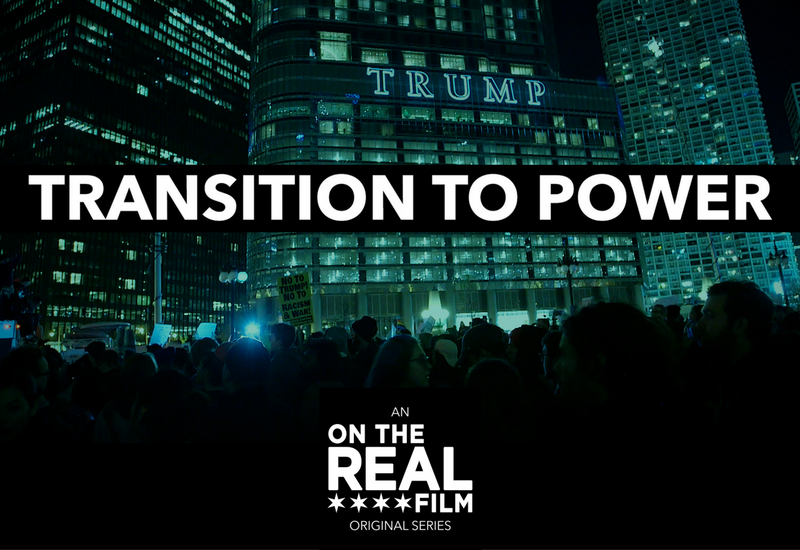 Join us and On The Real on January 20th, 7pm for an Inauguration Day screening at Mana Contemporary featuring unreleased episodes of Transition to Power. More info…

On The Real Film presents Transition To Power, a documentary web series created as a response to the 2016 United States Presidential Election.

Created in collaboration with Sixty, Transition To Power dives into the aftermath of the election through the eyes of artists and creatives. In each episode, artists discuss their thoughts on how to move forward in this explosive and fragile political climate.

The first episode, “Livid + Motivated,” features movement artist and arts administrator Felicia Holman who is celebrated throughout the city for her work with Honey Pot Performance, Arts Admins of Color Network (AACN), and Links Hall.

Watch all future episodes at transitiontopower.com.

EPISODE 2: We Are Such a Better People Than This

About On The Real Film
Founded in 2011, On The Real Film is a Chicago-based company that produces documentaries, fictional films, music videos, and commercial videos. Valuing craftsmanship as much as creativity, from conception to final color correction, their main focus is keeping it real. On The Real FIlm is the handsome brainchild of Erin Babbin (Director + Editor) and Michael Sullivan (Cinematographer + Photographer).
Website  |  Facebook  |  Twitter  |  Instagram

For more information about Transition To Power or to find out how to become part of the project, contact Michael Sullivan at michael@ontherealfilm.com.