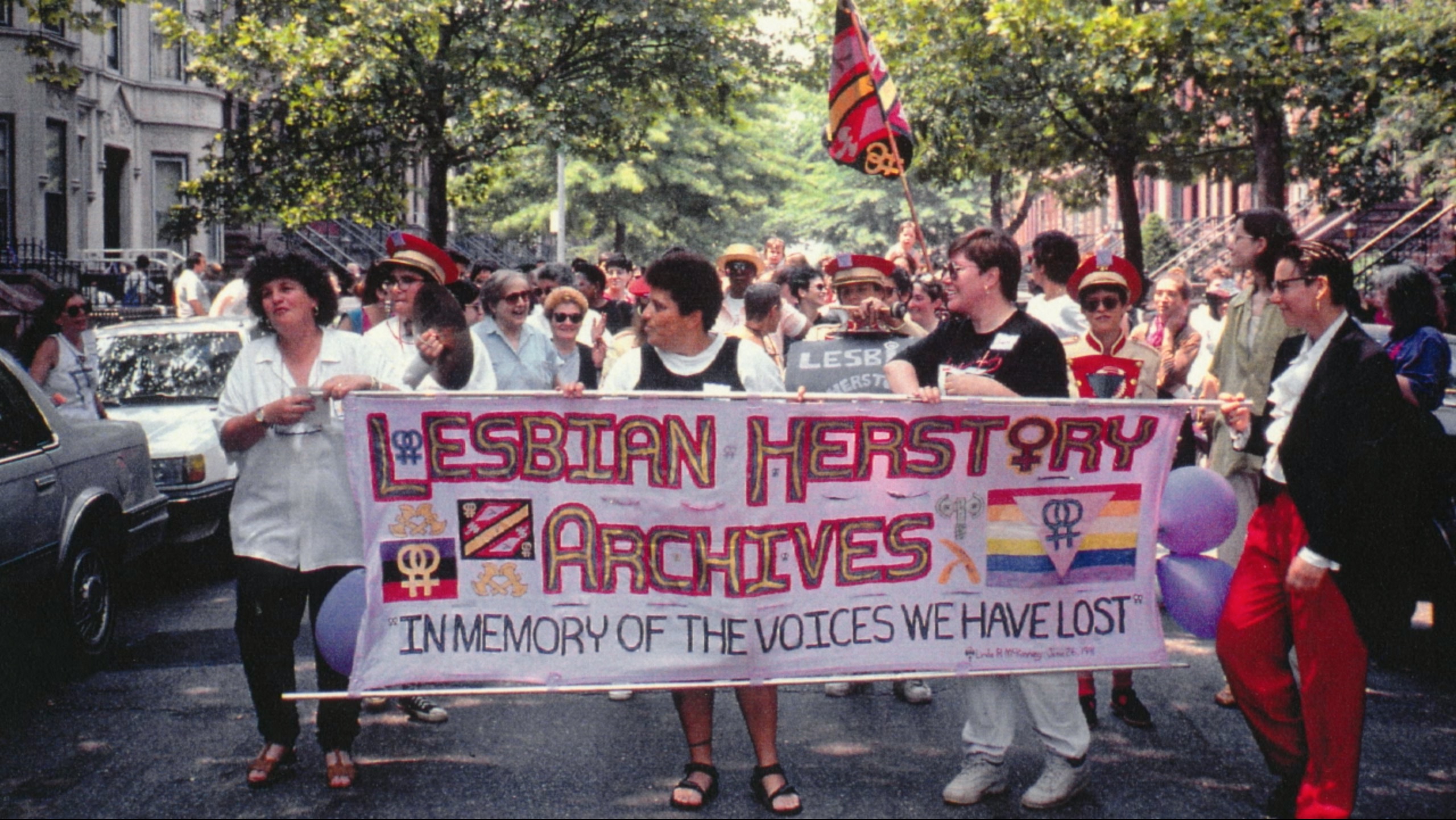 After realizing that lesbian history was disappearing, Deborah Edel and Joan Nestle founded the Lesbian Herstory Archives (LHA) in New York City. And just like that, a 40 year project was born. Documentary filmmaker Megan Rossman created the film The Archivettes, which follows the story of the archives and the women who saved lesbian history. Rossman found out about LHA when a friend came to visit her in New York City. “She saw it on Google maps, which encouraged me to find out more about this archive that was in my neighborhood,” said Rossman in an email correspondence. After gaining an interest in filmmaking while working as a multimedia journalist at The Washington Post, she has worked on several documentary projects, and The Archivettes is her first feature-length film. The film will be screening this weekend in Chicago, where she has familial and personal ties. She says that screening the film here “feels like coming home.”

The film opens with an emotional story about Melissa Saks and her partner Ellie Conant, who passed away at the young age of 36. Viewers are thrown into Melissa’s world as she drives and describes the objects that she has held on to—she’s donating t-shirts (among other things) to the archive, the one place where she knows the objects of her late partner belong.

The film itself contains a number of empowering scenes of women marching, archival footage, and photographs of when the archive was in its earliest stages.  Scenes from the 2017 Pride Parade include video of women singing “When The Dykes Come Marching In.” Most impactful are the interviews with former or current archivettes (which is what the volunteers call themselves). Rossman takes viewers through the early years of the archives, from the grand opening of their permanent home in Brooklyn, to photographs of women once involved with the library. She intersperses this older footage with current interviews of interns and volunteers involved with the archives and how they work to organize artifacts and objects of people who have passed away. In one scene, two volunteers sift through boxes of belongings left behind by Melissa Saks’ partner, Ellie. One intern describes the process and how challenging it can be to come face-to-face with death and the things we leave behind. Donations to the archive include clothing, photographs, tapes, and more obscure objects like a Dave & Busters card. The volunteers take people’s most personal items and consolidate them into an archive that will live on, hopefully, forever.

The LHA is the largest collection of lesbian objects, ephemera, and materials in the world. Since 1974 when it was originally housed in a New York City apartment, the archives have grown, expanded, and collected pieces of herstory as a public institution. No one is turned away. No one is questioned. The archive is a living, breathing library of lesbians, and has existed as such for over 40 years.

The archive was born out of a political movement and still exists as a primary force in that movement. Like many volunteer-run groups, challenges such as the rise of the digital age and many of the volunteers being in their 70s have encouraged the organization to find younger, newer voices to carry on the archives.

“The first time I went to LHA, I felt like I was coming home,” says Rossman. “Now, I consider the women who run the archives family. Making this film has helped me feel more comfortable with myself, and encouraged me to think about how I want to be remembered. It has made me feel more connected to my community. In terms of my personal archive, I’ve begun keeping two copies of everything: One for my personal files, and one to put into a special collection at LHA.” The archives introduce generations to their foremothers, and create a bond between people who have never met.

The Archivettes touches on how identifying as lesbian is seen as passe while identifying as “queer” is more common, especially with the younger LGBTQ community that encompasses a multitude of complex identities. However, the archivettes claim that they do not ask sexual orientation or how a person identifies when donating objects to the archive—therefore opening up the future to a broader herstory.

Nestle says in the film that “The archive was a home to the most wonderful, resilient spirits.” Her and co-founder Edel (her partner at the time) speak on emotionally charged moments within the archives and how the project came into being. They both tell stories throughout the film and detail personal moments with famous or well-known lesbians throughout the years.

LHA was the first lesbian organization to have a freestanding building, which they opened in the 1990s after outgrowing the apartment they had been housed in since 1974. They took risks. They did what people said they couldn’t do. They created the first archive for lesbians all over the world, and made it permanent—something not to be forgotten.

“Documenting our herstory is vital,” says Rossman. “As technology continues to advance, we have to be mindful about keeping records. One thing I’ve started doing is printing my photos, knowing that a physical document has more longevity.”

The Archivettes will be screened at the Reeling Film Festival in Chicago at the Landmark’s Century Centre Cinema on Sunday, September 22nd at 3:15 pm. This is the 37th year of the Chicago-based LGBTQ+ International Film Festival. The festival runs from September 19th-29th, featuring over 40 films.

Featured image: An archived image from a march with the Lesbian Herstory Archives. The archivettes are walking, holding a banner that has the archives text on it along with decoration and the words, “In Memory of The Voices We have Lost.” The group of women are holding flags, wearing hats, and walking down a street in New York City. Image courtesy of Reeling Film Festival.

S. Nicole Lane is a visual artist and  writer  based in the South Side. Her work can be found on Playboy, Broadly, Rewire, i-D and other corners of the internet, where she discusses sexual health, wellness, and the arts. She is also an editorial associate for the Chicago Reader. Follow her on Twitter.