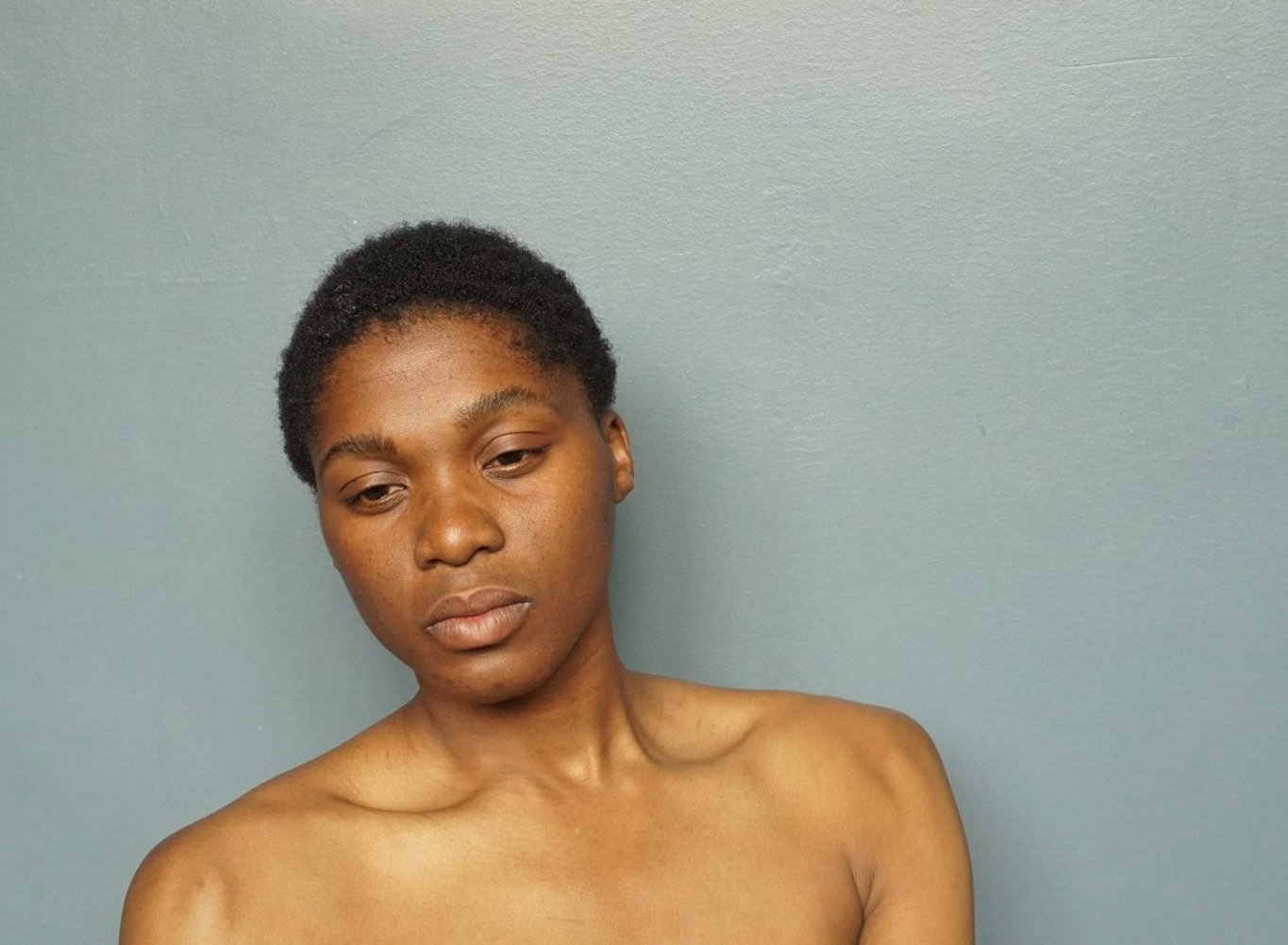 Movement Matters investigates work at the intersection of dance, performance, politics, policy, and issues related to the body as the locus of these and related socio-cultural dialogues on race, gender, ability, and more. For this installment, we sit down with movement artist and thinker Nic Kay to discuss growing up in the Bronx, depression, the intellectual forbears who inform their work’s foundations, and the active, moral urgency of fundamentally infusing the black body into our notions of performativity. Please note that Kay will reprise their performance of Lil BLK at Hamlin Park Fieldhouse from March 16th to 18th as a part of the fourth annual OnEdge program by The Department of Cultural Affairs and Special Events (DCASE).

Michael Workman: How did you make your way to Chicago? You’re originally from…

Nic Kay: I was born in The Bronx. Though I grew up in between The Bronx, Brooklyn, and Manhattan, which was REAL. Not easy. Not romantic. Just simply very R A W. New York City is unforgiving, especially unforgiving if you or your parental guardians are working paycheck to paycheck, which is nearly 60 percent of the population currently. After I left home/was forced out at 17, I grew to understand this reality independently navigating the streets and drop-in/shelter programs in the city. I don’t need to describe the culture and fashion and the club scene because those narratives are readily available in media. Chicago is where I came alive. As a teenager I was super inspired by Chicago’s political organizing and experimental theater scene and wanted to be a part of the movement. In 2011, I gathered my coins and moved from Brooklyn, New York to Chicago’s North side to join a community of activists and artists who were building a world I wanted to live in. I worked at Apple on the Magnificent Mile, took classes at Columbia College, hung out at SAIC, and had a fellowship at About Face Youth Theatre. I was SERIOUS about the hustle, lol. I’m currently living between Chicago and New York City.

MW: What drew you to dance?

NK: Gestures—dance—movement were my first language. How I announced myself to the world. It has been how I’ve made sense of my changing body, my neighborhood, culture etc. The habitus developed into a conscious practice when I began experiencing severe depressive episodes at the age of 10. I began to somatically understand the power of movement and dance in letting it all out, dealing with the harshness of life. In 2010, I decided that art making and doing was going to be my career. I performed my first solo performance, Wonderful, during the exhibition Into The Neon at a Chashama space in New York. I was so nervous, but afterward there was no turning back. I was on a path. MW: What dancers inspired what you do with the art form? Were there particular mentors who nourished you along the way?

NK: I had a babysitter who would take all of us kids after school to the New York Public Library in the Bronx. I discovered the biography of the prolific Katherine Dunham one day trolling the aisles. Ms. Dunham’s practice of research into Caribbean dance and ethnography was eye opening to say the least. It was electric: the images of her twisting, moved by the music. It was a sort of spiritual experience that I could relate to because I was very often in the church. I hadn’t seen any live footage until I was much older. I have also been very inspired by the videos of Missy Elliott and the work of the hip-hop director and choreographer Fatima Robinson. What I discovered about myself and my work, from my admiration of their practices, was that I desired above all to have the agency to determine the direction of my practice, research, and productions. Three quotes/statements that are currently on sticky notes on my desktop that are guiding my current explorations – Pina Bausch: “I do not care how people move, but what moves them.” Paris is Burning: “You own everything.” Revelations “came from [Alvin] Ailey’s ‘blood memories’ of his childhood in rural Texas and the Baptist Church.”

MW: How would you describe the political exigency of the work you make today, and where do you think it’s headed next?

NK: The works I’m married to right now are all about gestures of resistance. My practice is about how to move when you are meant to disappear. My practice is located within a history of Black, Trans, Radical, Queer communities who have and continue to do/make art as a mode of understanding, celebration, and survival. I am a mover, deeply invested in the history of performance and the black body as performative. To make art and do art is a political and spiritual commitment for me. I am making to survive and develop a practice of appreciation, celebration, and mourning. Right now, I am working in between two projects: Cotton Dreams and Get Well Soon! Cotton is a transdisciplinary project (printmaking, bookmaking, collage, sound, video, and performance), which was birthed out of being gifted a bouquet of cotton by a white stranger in Soho, NYC. Get Well Soon! is a project based on a phrase indicating a hope of recovery. In summary, the following quote from Favianna Rodriguez best expresses my desires and intentions as an artist and active citizen: “Art is a path to freedom, emancipation, and equity. While many people proclaim to understand the power of art, I think few understand the role of art in challenging structures of systemic injustice—the power of art in transforming the imagination, and in building true, lasting social change.” MW: How do you think your work innovates on the history of different kinds of approaches to dance and movement art making?

NK: My work expands and innovates what has come before by not seeking the approval of white gatekeepers in the fields of art/performance/dance and not depending on these bodies for sole funding in order to build and share my practice. This is important because many artists’ research and practices are shaped by what grants/fellowships/buyers are interested in seeing. Through utilizing the internet I have been able to grow audiences internationally who are interested in my blend of styles and study from other artists sharing videos and tutorials online. The true innovation is understanding that rules are to be broken and that any great movement in dance first looked to many as absolutely absurd.

MW: What do you consider your most successful work, and why?

NK: My most successful artistic aspiration was to write and perform my first full-length solo performance. And I did that in 2015 with the premiere of lil BLK at Links Hall in Chicago. lil BLK is an experimental solo performance influenced by New York City gay/queer ballroom culture, live punk shows, butoh, and praise dance. lil BLK is a story about a fairy boi, child of god, little black girl, performer, and activist. The story plays out through a series of biographical moments that are equal parts narrative and dream. To date, I have performed the show about six times all over the world. I have learned that things take time. I wanted to have completed lil BLK in 2011. It took many years to bring the dream to actualization. I needed to grow as a mover and make the network possible to support my aspirations. Despite it being a solo performance, so many people are involved in making the show a success. MW: How do you respond to the white supremacy of not just the wider culture, but the structures it imposes on representation in dance and performance?

NK: In 1981, Audre Lorde said in her talk The Uses of Anger: Women Responding to Racism, “My response to racism is anger. I have lived with that anger, ignoring it, feeding upon it, learning to use it before it laid my visions to waste, for most of my life. Once I did it in silence, afraid of the weight. My fear of anger taught me nothing. Your fear of that anger will teach you nothing, also.” The biggest resistance I feel living in a white supremacist culture is problematizing my ANGER and the DENIAL that we are actually all living in a WHITE SUPREMACIST CULTURE and that despite one’s personal intentions to be a “good” person, you are either complicit in this or actively resisting this FACT. My personal practice works to push back against this by being unapologetic and once again embodying the eloquent words of Lorde in The Black Unicorn, when she says, “So it is better to speak remembering we were never meant to survive.” Many things need to change, not just for Black Artist(s) but all artists who are othered and experience violence under the current order. If you are wondering what changes need to happen to make the system better for ALL artists, specifically in the United States—I would suggest these two readings: On the Power of Art and Challenging Cultural Inequity in ART 21 by Favianna Rodriguez and Act now!, where Brittany Williams launches a challenge to arts leaders.

Kay invites readers interested in following their practice to please follow them @okaynickay on Facebook, Twitter, Instagram or at nic-kay.com for more info about upcoming events, performances, and fundraisers. Also, Kay has a Gofundme campaign active for the new project Get Well Soon!, show some support by donating or sharing.

Please also feel free to send questions, comments, or tips to Michael Workman at michael.workman1@gmail.com. Each Spring and Fall, as a corollary to the Movement Matters columns here at Sixty, we also present a series of symposia and performances at different locations throughout the city based on topics developed out of and indexed from both the columns and live discussions. Upcoming symposia include the Artist’s Roundtable at Dovetail Studios March 26 with Movement Matters featured artists Po’Chop (Jenn Freeman), Carole McCurdy, Allen Moore, and Darling Squire; Body Politic on April 22 at the Old Town School of Folk Music “to discuss the role of the radical imagination in the construction of both social movements and movement-based works of dance and performance art;” and Invisibilia at Mana Contemporary’s Body + Camera festival on May 21, “convened to examine the topic of immateriality in art-making as a response to traditional power structures in the dance and performance art worlds, and how it arose at a time of the recognition of a pushback in social movements against ‘invisibility’ and erasure in the larger culture.” Body Politic will also be followed that evening by a performance at the Mess House home dance and performance series, with Chicago choreographic collaborative The Coincidentals. Please join the Movement Matters Facebook page for any additional forthcoming dates and times, archives of Facebook Live broadcasts of these discourses, and to join in on future conversations.

Michael Workman is an artist, writer, dance, performance art and sociocultural critic, theorist, dramaturge, choreographer, reporter, poet, novelist and curator of numerous art, literary and theatrical productions over the years. In addition to his work at The Guardian US, Newcity, Sixty and elsewhere, Workman has also served as a reporter for WBEZ Chicago Public Radio, and as Chicago correspondent for Italian art magazine Flash Art. He is also Director of Bridge, a Chicago-based 501c(3) publishing and programming organization. You can follow his daily antics on Facebook.