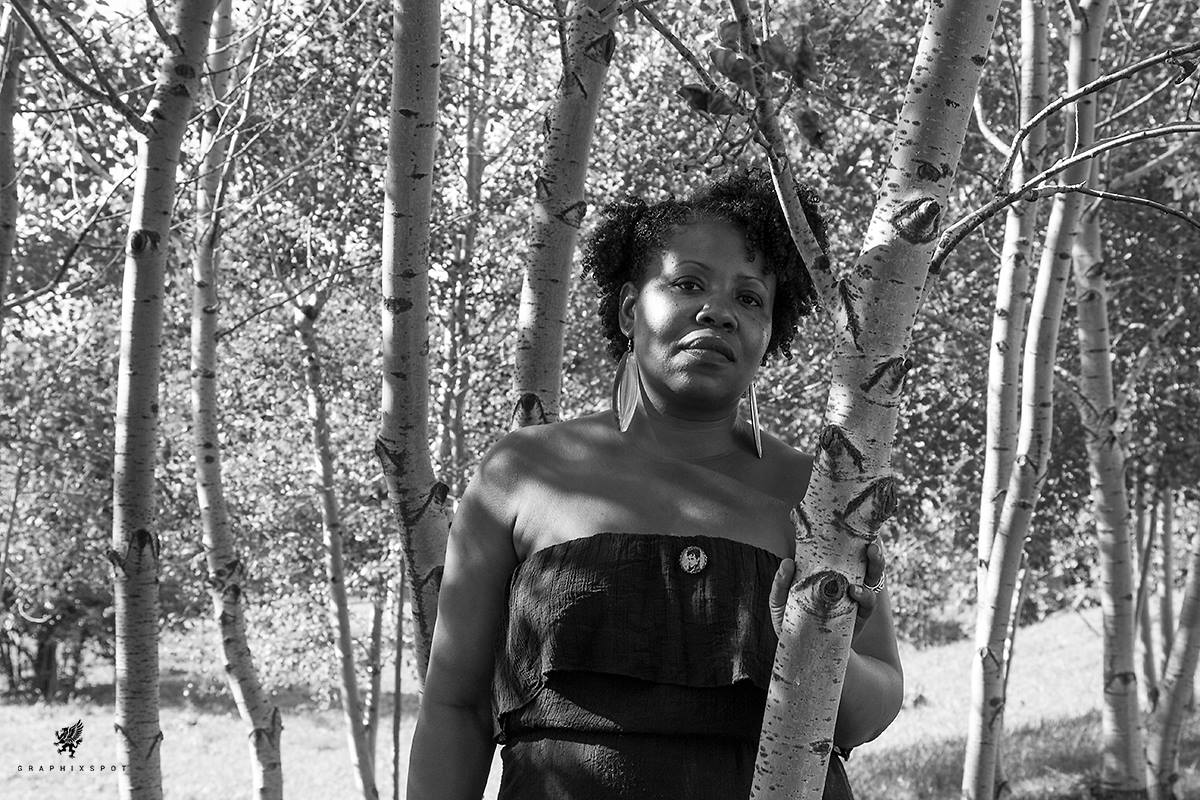 Movement Matters investigates work at the intersection of dance, performance, politics, policy and issues related to the body as the locus of these and related socio-cultural dialogues on race, gender, ability and more. For this installment, we sit down with Felicia Holman of Links Hall and Honey Pot Performance fame to discuss her South Side roots, poverty and bootstrapping in a white supremacist dance culture. Reference links and hashtags courtesy the artist.

Felicia Holman: Yes, indeed…SOUTHSIDE! Born at the now-shuttered Chicago Osteopathic Hospital, raised in South Shore (shout out to FLOTUS). My parents mortgaged the last White-owned townhome on the 7800 block of Yates Boulevard in 1977, during the tail-end of white flight in the area. Growing up in South Shore, I developed a dynamic tripleconsciousness (based on race/class and gender). Similar to obstacle course training, this triple consciousness in turn influenced my keen passions for expression, agility and mobility. When I was 9, my mom began home schooling me and my little bro. After she and our dad divorced, mom had to return to working outside the home so my little brother and I became “first wave latch key kids” in the early 1980’s (which provided an even more nuanced education experience). Hip Hop also played a HUGE role in my love for dance—including the fashion of Hip Hop dance! Then at age 13, in order for me to experience junior high and have transcripts for high school admission, my folks enrolled me and my brother in a private school in Kenwood called Harvard. There that I was introduced to Chicago’s fledgling House music scene, which only amplified my love of movement, music, blackness, and expression of blackness. Later, at Metro High School, I went on to co-captain my school’s dance team and perform in every talent show/assembly and school play I could.

MW: How did you initially get interested in dance?

FH: Came out of the womb dancing, really; influenced by my congenital love of music and rhythm. When I was very young, George Benson’s seminal album Breezin’ was a household fave and his hit This Masquerade was the first pop song I remember memorizing. My parents nurtured a conservatory-type of home environment for me and my younger brother. Our house was filled with art, literature, music, PBS. At about 6, my parents enrolled me in the classic triumvirate of Ballet, Jazz and Tap dance classes at the Sammy Dyer School of Theatre and Dance (back then it was located in Bronzeville’s Motor Row District). I loved performing but hated practicing. I remember not only feeling bored in class but stifled, especially in ballet. I wanted to move my body how I wanted to move my body, how it felt and looked good to me—today, we call this kinesthetically-based practice intuitive movement. It wasn’t until my post-collegiate years in the late 90’s that I started hanging out, working and creating with fellow Black creatives—writers, rappers, musicians and dancers; local Black artists who were self-producing. I’ve always been an autodidact but entrepreneurship is a fairly recent development in my approach to life, let alone to art-making. MW: Whom were your inspirations and mentors?

FH: Considering my interdisciplinary Afrodiasporic feminist approach to art-making, my inspirations and influences include: my fam and fram, Honey Pot Performance, The Black Arts Movement, Dr. Margaret T. Burroughs, Katherine Dunham, Josephine Baker, Nina Simone, Alvin Ailey, Urban Bush Women, Big Lez, The Native Tongues, Zora Neale Hurston and Prince Rogers Nelson. The tie that binds all of these influences for me is their unapologetic and intersectional celebration of Blackness, Black art and Black history. This integrity and authenticity is what I cherish most about our respective processes and products. #sankofa

MW: Describe the tradition of the work you’re making as you see it specifically where you’re at today, and what that work means for you moving forward. What do you want to accomplish with it? What are your hopes for it in terms of how audiences think about it?

FH: Again, primarily through the lens of my work with Honey Pot Performance and my reverence of the Black Arts Movement legacy here in Chicago, I strive for my work as an artist and arts administrator to be valued as a bridge; a conduit of empathy and dialogue between audience(s), communities and experimental Black artists.

MW: How do you think the work you’re doing expands the circle or innovates on what has come before?

FH: As a Black cis-femme, working-class, college-educated-yet-degreeless Gen X-er from “Terror Town,” I stand as living proof of the feasibility of building a custom-made sustainable career in the arts in the 21st century. #boutthatworkingartistlife MW: What do you feel like have been your most successful artistic aspirations? What things haven’t worked and what did you learn from them?

FH: My most successful artistic aspirations to date—without a doubt—were achieved during the past 5 years with Honey Pot. From 2011’s Ladies Ring Shout through this year’s Ma(s)king Her, I’ve hit the artistic and professional marks I set for myself in performance and embodied storytelling thus far. Parallel with the successful collective/communal processes I’ve honed with my HPP fam for the last several years, though, I’m now embarking on a developmental period of solo performance work.

MW: As a black artist, what do you feel are the resistances you face in our often white supremacist culture? What institutional changes need to happen to make the system better for black and brown artists?

FH: The most prevalent white supremacist resistances I encounter in Chicago’s art world: consistently, it’s the two-headed monster of silence and complacency! Unfortunately, even in the Information Age, the willful and blissfully dismissive ignorance of the spectrum of works, influences, locations and practices of interdisciplinary artists of color pervades the Chicago art scene across stakeholder categories of audience, critic, presenters, collaborators, etc. This pervasive lack of knowledge, empathy and curiosity socially congeals and translates into the dearth of arts media coverage and fewer funding and presenting opportunities for us. Pushback strategies and tools I use to keep going in spite of it include: radical self care first and foremost), the word “no,” research and preparation, or due diligence, cultivating offline relationships, emotional intelligence, solitude, journaling, humor and laughter. Systemic changes I recommend: step up, E.D.’s…use your leverage to lead your boards “in the way they must go.” Get them to commit to achieving not just 21st century fiscal goals but relevant and sustainable diversity goals for your organization’s culture and community. Go longer and deeper with community engagement and diversity initiatives…and get really real with your organization’s history in relation to “diversity” and “inclusion.” Determine the most relevant metrics possible to combat historical impediments to diversity and inclusion efforts, then implement, assess, repeat.

MW: What do you have coming up?

FH: Just a few brief announcements: to support my burgeoning solo development as a performer and producer, I’m producing 2 events next month: November 10th with the Art Admins of Color Network at Reunion Chicago and November 20th with JRV Majesty Productions at Links Hall. I’m also excavating some backburner “nuggets” I’ve had in my notebooks and journals for a while in addition to awaiting a couple acceptance notifications…stay tuned to my Facebook page for updates. Lastly, I recently started a new part-time job: “Grant and Residency Application Writer.” #atonceemergingandmidcareer

Please feel free to send questions, comments or tips to Michael Workman at michael.workman1@gmail.com. As part of the Movement Matters series, a monthly online conversation on subjects discussed in the column will take place starting with The Integral Necessity of Dance Criticism on Dec. 15, 6:30-9:30pm at High Concept Laboratories (2233 S. Throop St., Chicago). Please join the Movement Matters Facebook page for updates, and to join in on future online conversations.

All photos by  Nicole Waddington.