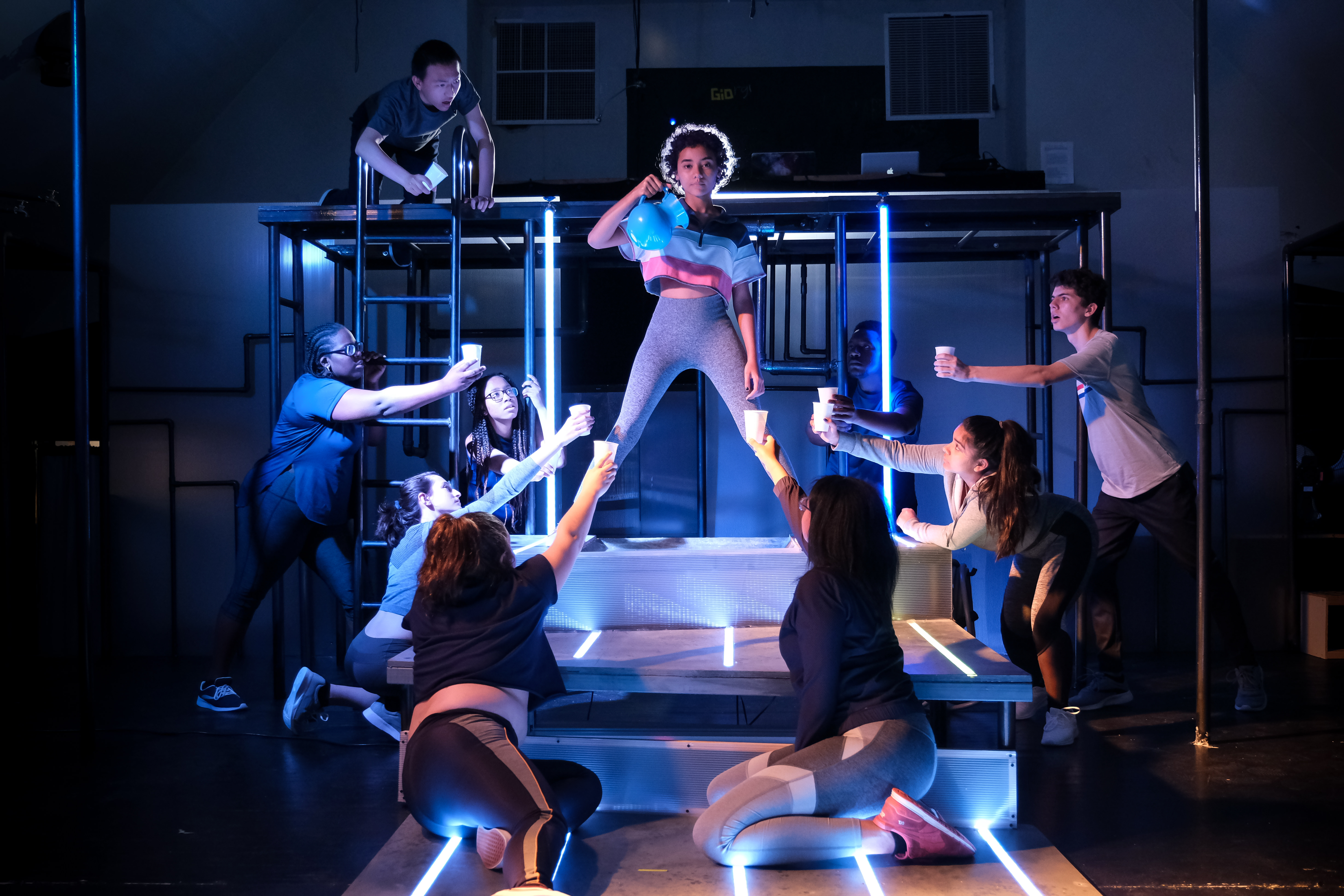 I’m not saying that most Chicago theater is directionless and uncertain of what it’s trying to communicate. I’m not saying that it’s lacking in vitality. But if you’ve been in or around the community for more than a couple of years, you’ll start to notice a trend: feel-good-politics and virtue signaling taking precedent and place over well-articulated purposes and poetic truths (or truthful poetry).

It’s the times, you know? Here we are, the 21st century, millennials searching for meaning and gen Z thirsting for justice, as the seeds of capitalism and white supremacy fulfill their nature as bloodthirsty mechanisms for deep extraction and a hollowing out of our planet, our souls, our home. What do we need other than the certainty of these things? So frequently, just the restatement of that conviction. And that seems to be enough for many people.

I’m angry. I’m sad. If you’re reading this, I hope you’re angry and sad about what has been done to us. And I hope you recognize that reading this is not enough, nor is merely confirming your beliefs.

“Seeing this play is not enough.” About a third of the way through Free Street Theater’s “Parched: Tales of Water, Pollution, and Theft” is the first of many times, this phrase is said. It’s followed by an invitation to pull out our phones and snap a pic for the ‘Gram while the youth who researched, interviewed, wrote, and devised the entire performance parade across the stage with cardboard signs scrawled with phrases indicting Nestlé for a number of water-based crimes. Image: Six youth performers of “Parched” circle and face in towards each other. Their arms extended and holding water bottles, they spritz the air. An orange, green, purple, and yellow lightbulb strung in the air behind them. Image courtesy of Joel Maisonet

“Parched” is not a play; it’s a series of well-informed battle cries about the terrifying everyday reality at hand for a large portion of the population. Juxtaposed with irreverent humor (a shockingly good joke about thirst traps) and some beautiful imagery, “Parched” makes this reality impossible to ignore.

How could you ignore that Nestle pulls 576,000 gallons of water from Lake Michigan every day? Or that Cook County prison was sued by the inmates for $25-billion for giving them polluted water that came out of the faucets a different color every day? Contrast: the residents of Flint, Michigan; youth pool parties. Pain. Joy.

The ensemble’s passion for truth-telling forms the foundations of the work, but what makes it stick is their imagination. Many theater companies rely on polish for their product –  focusing on technical and aesthetic details to provide a professional veneer, usually with a large budget to back it up – but that’s not what matters at Free Street Theater. Polish is what seasoned actors and directors use. The ensemble of “Parched” uses a broad swathe of theatrical techniques to navigate a massive chunk of information built from the last ten months and come away with something, including what was maybe my favorite sequence I’ve seen onstage in a year or two: water facts as ASMR . What starts as a simple gag with shadow puppets soon softens into difficult silences punctuated by soft crunches and pops while the figures behind the screen disfigure into tumorous variants of themselves. It’s a moment where the gravity of what’s happening is turned into a discomforting visual poem.

Ultimately, director Katrina Dion and the ensemble want political action to occur. They offer resources in the program and onstage to move legislation forward and create shifts in communities most at risk for lead poisoning or other contamination. Even when the breadth of issues overwhelms or a segment’s steam lost to inexperience, the purpose and sheer enthusiasm of the “Parched” ensemble carries us through.

Say it with me: Seeing the show isn’t enough. But if you’d like to do more, you can look up and support these organizations: Little Village Environmental Justice Organization, the Freshwater Lab at UIC, or the International Indigenous Youth Council.

“Parched: Tales of Water, Pollution, and Theft” runs at Free Street Theater, through May 18th. Tickets are pay-what-you-can.

Featured Image: Photo of the ensemble of “Parched” posed on the set. An actor stands center stage, looking straight ahead while holding a pitcher in front of their chest. They are surrounded by eight youths at various levels reaching longingly towards the pitcher, in their outstretched hands they each hold a water cup. Image courtesy of Joel Maisonet J Van Ort is a writer and theater maker. They’re a contributing writer at NewcityStage and have worked with theater companies such as the Neo-Futurists, Facility, (re)discover and TUTA.