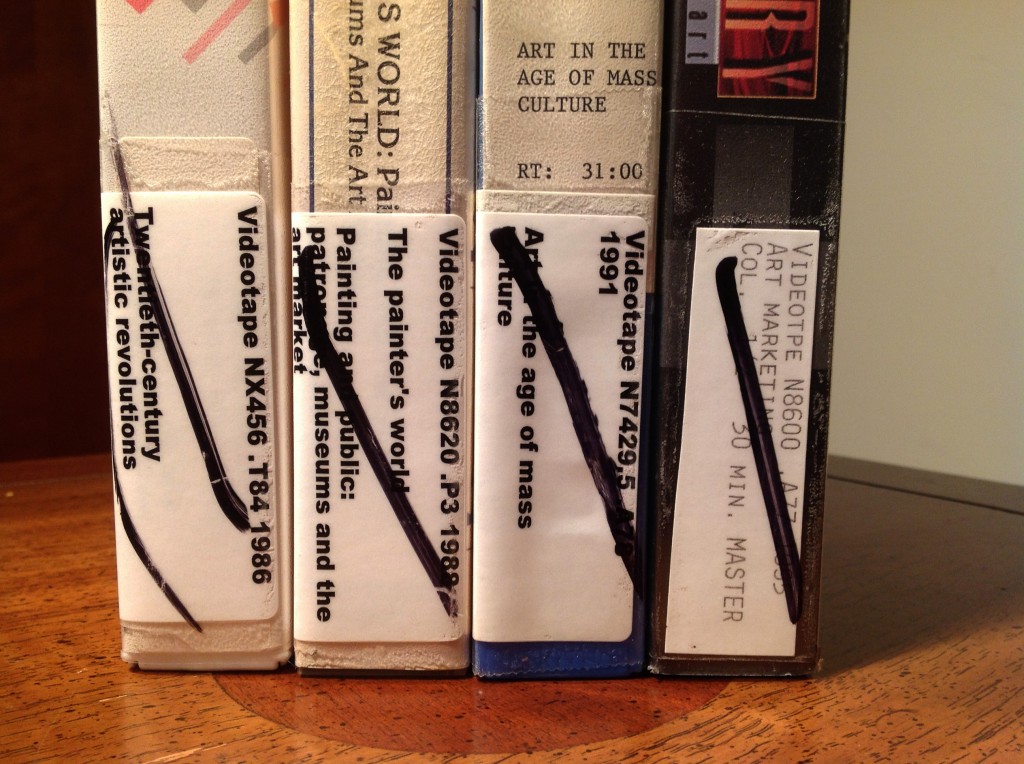 Re:Nuisance – A Value-Added Documentary from Mario Contreras on Vimeo.
I teach Intro to Film at Harper College in Palatine, IL, where the Art Department recently found a bin of VHS cassettes during the decluttering of a faculty office. These tapes, which were once sold for a handsome institutional rate, were on their way out to pasture, but I was allowed to rummage through them first.

I salvaged Twentieth Century Artistic Revolutions (1986) for historical purposes, The Painter’s World: Painting and Public: Patronage, Museums, and the Art Market (1988) for economic purposes, Art in the Age of Mass Culture (1991) for sociological purposes, and Art Marketing (1995) for advice. Out of the dozens of films that were lost that day, those four spoke to me at that particular moment in my life. Ironically, none of them would have interested me when I was a student at this same institution from 1998-2001.

I knew that there would be value in those tapes because of the labor that went into producing them, but I was also aware of the labor that it would take to digest the footage for a 21st-century audience. The most obvious challenges were digitizing the footage and quickening the pace to account for our dwindling attention spans. The more subtle challenges were weaving four self-contained works of nonfiction into a single train of thought and telling my own story with someone else’s words. I added value to this material by channeling those academic ideas into something that either a practicing artist, art historian, or complete cynic could each appreciate, all for their own unique reasons.

Mario Contreras is a co-founder of The Contreras-Gabriel Project, a trans-media platform for the mutual benefit of artists and audiences. His documentary work centers on the Chicano experience in the Midwest, but he also experiments with photography, printmaking, gardening, and any other medium that suits his purposes.