For over 15 years the First Nations Film and Video Festival has provided Native American film and video makers of all skill levels a platform to show works that break racial stereotypes and promote awareness of contemporary Native American issues and society. This year, the festival presented over 30 films across  the span of ten days at 11 different venues including the Gene Siskel Film Center, the Mitchell Museum of the American Indian, the Beverly Arts Center, and the American Indian Center. The final event was a special screening of three films hand-picked by festival director Ernest M. Whiteman III (Northern Arapaho) at Comfort Station in Logan Square. Film still from “Advent,” a film in which a human boy cares for elderly women until an alien arrives and changes the dynamic. Here, the human boy dances around the city with the first elderly woman he takes care of in the beginning of the movie, prior to her death. The film is directed by Jonah T. Begay (Navajo Nation).

The first film, Advent, directed by Jonah T. Begay (Navajo Nation), was a short story about two young children, one human and one alien. The film, mostly silent sans a few well placed Foley sounds and a musical score, begins by following the human boy as he cares for an elderly woman with low vision, bringing her breakfast and guiding her on walks through the city and the woods over a series of a few days. Eventually, the boy finds the woman dead and disposes of her body in a garbage bag in a city dumpster and finds a new home with another elderly woman. Film still from “Advent,” a film that chronicles the arrival of an alien to Earth and its interactions with a human boy and his elderly companion. Here, the alien and the human boy spend time in a park with another elderly man. The alien carries a cello case and Polaroid camera with them.

The boy continues his caretaking ways with his new companion and an alien child arrives on the scene. The movie crescendos during an ending scene in which the alien’s powers render the elderly woman bodiless—leaving only her decapitated head and wig on the breakfast table at the end of the film. Overall, this quick film seems to meditate upon human connection. Through vignettes of the young caring for the old, an alien trying to assimilate, and ultimately a murder, the film seems to beg the questions of kinship, motives, and ultimately fulfillment in relationships. Film still from “Get a Job,” which follows the adventures of Willie (right) a job placement specialist as he tries to secure a position for his unemployable friend (left). The move is written and directed by Brian Kohne (Native Hawaiian).

The next piece, Get a Job, was written and directed by Brian Kohne (Native Hawaiian). This feel-good feature length film follows the story of one man as he works to find another man employment. The story chronicles the hilarious situations they find themselves in throughout Maui—everything ranging from a police run-in, a hijacked tourist bus, and a bike crash to a love triangle and the deception of a priest.

The film was produced entirely in Hawaii by Hawaiians and though the film’s production has local roots, the reach and impact of the film extends beyond a Hawaiian audience. The film is absorbing and entertaining for the full hour and a half run time, conjuring memories of friendship, societal pressures to hold a job, and community. Film still from “No Reservations,” written and directed by Trevor Carroll (Ojibwe). This film is a social commentary inspired by true-life events, giving a hypothetical look at what life would be like if the roles in Standing Rock were reversed. Protests erupt as residents of an upper-middle class Caucasian neighborhood (shown here) attempt to thwart the construction of a pipeline from an Indigenous Corporation.

The evening concluded with a screening of No Reservations, written and directed by Trevor Carroll (Ojibwe). This political satire puts a spin on the recent events at Standing Rock as protests erupt in an upper-middle class Caucasian neighborhood in the face of the construction of a pipeline from an Indigenous Corporation. The film provides an alternative point of view of the political threads that remain so tense in light of the pipeline-related events in North Dakota. With a mixture of caricature, dark comedy, and excess, the piece calls into question the exploitative nature of capitalism, white privilege, indigenous land rights, and neocolonialism in one fell swoop. Film still from “No Reservations,” which provides an alternative point of view of the political threads that have become so tense after the events in North Dakota. The film challenging its viewer from the perspective of both First Nations and Caucasian cultures. Here, two residents of the Caucasian neighborhood being “invaded” show their discomfort with the pipeline proceedings.

The three films, while very different from each other, each offer up individual perspectives on relevant issues. This ambitious project offers an important avenue for Native American filmmakers to be able to tell and show their own story, their history, and their perspective on today’s societies and issues through a variety of genres. Doing so is an act of taking power back in light of the brutal processes of colonization and assimilation of native populations in the United States.

Featured image: Film still from “No Reservations,” screened during the final event of the First Nations Film and Video Festival. 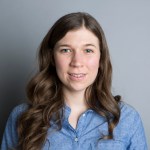