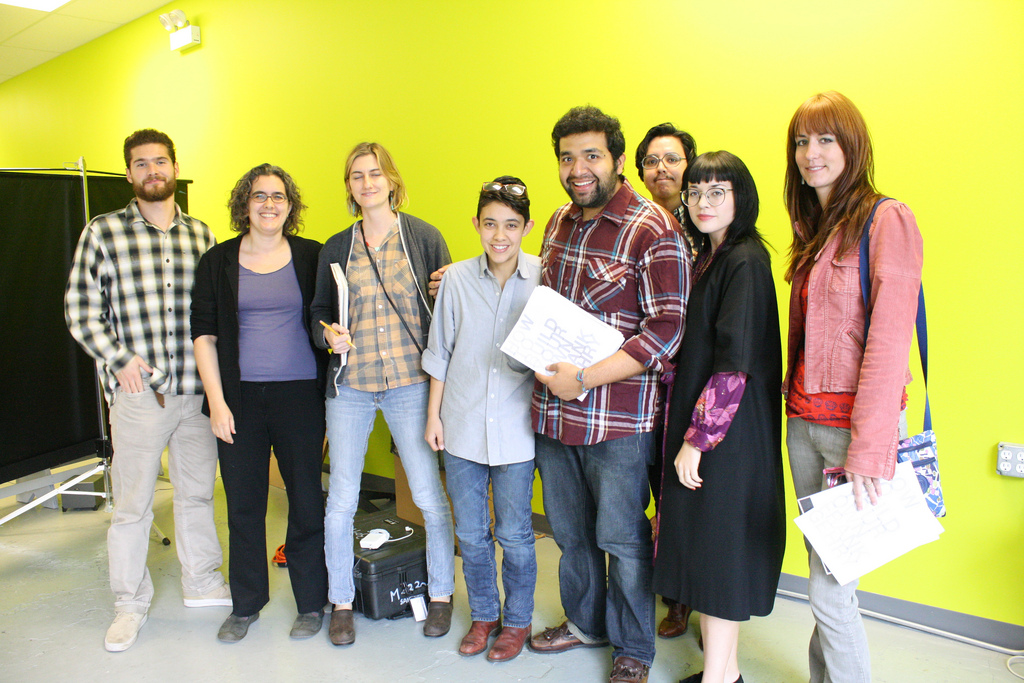 The thought of the city as studio can be a very exciting thing. It means no public (and in some cases even private) space is safe when the minds of artists are finding new ways to use it for their own creative practices. Some of the work created during Chicago Artists Month tested new grounds, revisited old grounds and pushed the limits of the type of public art practice that Chicago is accustomed to. As thrilling and provocative as that can be, there is also another side to that and it deals with these public spaces, the needs and wants of the community, and the promotion of understanding and comfort in these creative spaces. Just because the work is in the public doesn’t necessarily mean it is easily accessed by the people who know some of these re-appropriated spaces a regular presence in their everyday lives. How can you tell the difference of when art enhances the community it is planted within, or when it acts as a tool of alienation or insensitivity?  For Art Here Art Now and in partnership with the new HyPA space in Hyde Park, artist Jillian Soto brought together various voices in Chicago art to try and tackle these questions during the Site-Access Symposium.

The roundtable consisted of artists, scholars, historians and others in the arts who have some relationship with work makes an effort to go outside of institutional settings and bring art to the people. Other than Jillian Soto, the roundtable included Nick Bastis, Vicki Fowler, Anthony Romero and Rebecca Zorach–to name a few.

Soto opened the talk by telling the participants a story of a walk to Lake Michigan that she envisioned perfectly but didn’t foresee the roadblocks (Lakeshore Drive) of her intended path. She used this as a metaphor for artists engaging in public practice. Sometimes you can plan things out to the very last detail but never predict what kind of impact or interpretation your efforts can have until you try them out. Sometimes the obstacles are easily overcome and other times they force you to take a new route—much like Lakeshore Drive does for the unknowing lake-goer.

Tempestt Hazel: What role do you think site and accessibility play in creative practice?

Jillian Soto: I think site informs my personal creative practice in a very intuitive way–and also in a very personal way. When I begin to work at a particular site, I find myself relying on a diverse set of skills picked up along the way at part time jobs, through family traditions– even ways that I have found to cope with hardships inform the work. I think of this as a kind of functional vocabulary that I can dip into.

As far as accessibility, I try to imagine potential and go from there. I think of lonesome buildings and rooms as systems desiring some kind of activation, much like our bodies do. I began taking pictures seriously as a freshman in college and I think the camera gives the photographer an incredible amount of access to look at the world around them–sometimes problematically so, but it also acts as a gateway to other media such as performance. For me this is where I really began digging into the discourse of access.

TH: Why do you think this topic, and in particular some of the things discussed at the round-table, are important and timely topics to discuss?

JS: I think the topics of site and access are particularly pertinent because some artists such as myself are in the middle of re-evaluating the way we do things. Many of the people I work with and meet are having to be more and more resourceful because of economic conditions and pressures elsewhere. With this comes a kind of potential for inventiveness and cooperation. On one hand I am deeply concerned and on the other I am anticipating a kind of regeneration.