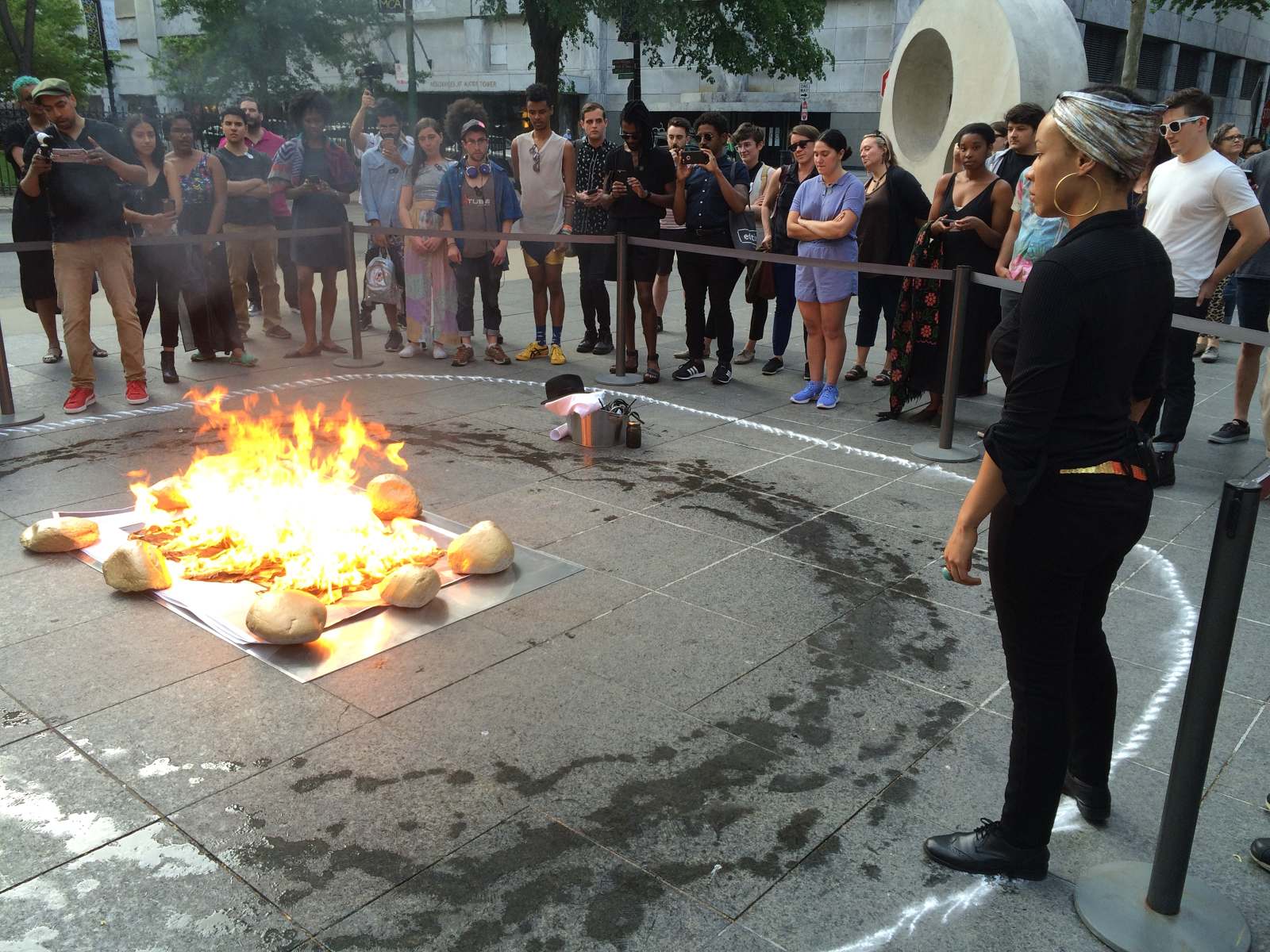 In one of my all-time favorite talks by Toni Morrison, she speaks about what she calls the “interior life” of Black folks, also known as the distinctly Black experiences, thoughts, and emotions that oftentimes go unseen by the rest of the world and are usually excluded from historical narratives. She goes into depth about how this is usually an intentional omission, particularly from the narratives of those enslaved during the 18th and 19th centuries, because those stories were usually constructed or edited by white people, or intended to be read by white audiences. The concern was that if those readers really knew what Black people thought or went through, they might not be able to handle it. As a result, the interior thoughts and more monstrous accounts of that period were glossed over or given a “veil,” a covering that Ms. Morrison worked to remove through her novels. She explains that, “the absence of the interior life, the deliberate excising of it from the records that the slaves themselves told, is precisely the problem in the discourse that proceeded without us.”

Testimony is an earnest attempt to address this by offering and archiving a series of essays, interviews, and first-person accounts of the interior lives and exterior experiences of Black trans, Black women, Black femme, and Black non-binary artists.

The following is the testimony of Rashayla Marie Brown, an artist-scholar whose work I’ve followed for years. I’ve watched her set fire to her past work on the sidewalk in front of the Museum of Contemporary Art Chicago. I’ve witnessed her, in no subtle way, call attention to the exploitation of artists by museums and auction houses, voice echoing off the walls where the work from Kerry James Marshall’s Mastry exhibition hung. I’ve spent hours in front of her installations, altars, and lens-based work in various exhibition spaces across Chicago. But, I’ve also shared long CTA bus rides from Expo Chicago in its early years, and had quick catch-ups between session at the Black Artists Retreat where she talked about purchasing a building as a way to hold space for working-class Black residents in rapidly changing neighborhoods. We’ve shared drinks, laughs, and laments over what it’s like to be Black women navigating institutional spaces while sustaining our practices. And we will continue to do so as long as the beauty and absurdity persists.

Adapted from a Facebook post she shared in early June, Brown weaves together elements of her past and present experiences, then connects them to the call for accountability and long-term commitment to addressing systemic anti-Black damage and misogyny within and beyond the arts sector.

In May 2004, I was arrested, wearing stilettos and a dress, for interfering with the racial profiling arrest of one of my besties, a Black man. I spent a night in jail, no sleep, barefoot and without my head scarf, because the police taunted me and took it away. This happened two days before my beloved stepbrother Marques was shot and killed by accident by his best friend. Guns, police and early Black death are major issues for me, but I can’t always talk about it. Instead, I push ahead, I work harder than my body asks, and I gracefully accept whatever small encouragement I get in the form of being paid fairly and my voice valued.

In spite of the anniversary of my traumas, which happened as the current movement for Black lives got traction, I wanted to do so many things the past few months. I felt a sense of urgency to participate and take the focus off my own struggle.

I had a podcast lined up with background music by an award-winning musician. I had a residency in Switzerland that I haven’t heard from in months. I had two film projects get delayed over and over, including one interviewing an activist (Tamara Lanier, who has the same lawyer as George Floyd’s family) whose voice desperately needs to be heard. I was going to direct this frustration into protesting in the streets.

But my tenants’ income were all impacted by Covid-19, which means my income was impacted. I live in a small three-flat that I cannot afford on my academic artist salary, and I attained to reduce the impact of gentrification, which displaced me with high rent every two years. Every (POC) tenant broke lease early, and two signed leases were terminated before move-in. My (Black) property manager was in a life-threatening accident, which impaired her judgment and mood, so she abruptly quit. Every day there is something new to repair. I’ve painted 12 hours a day for the past four days. A good friend of mine (also Black) who was going to help me out with the house suddenly died of a heart attack.

I’ve given ten years to Chicago. I left my job in corporate America to become a political artist in this city. I moved here and took out tremendous debt to attend the School of the Art Institute of Chicago. I worked as a waitress, so my mother co-signed my apartment, and I got one check from my grandfather and stepfather. I got no support from many people who promised they would, including some gallerists, collectors and fellow artists, including fellow people of color. I tried to make my struggle meaningful and wrote open letters, supporting the work of the same Black men who abused their institutional power to sexually prey on me.

Before the pandemic, I became an Assistant Professor at that same school, what I jokingly refer to as my reparations period of working as Diversity Director for 4 years. The majority of upper-level administrators I worked with were overpaid, and 75% of the school’s budget came from former students like me, in debt. I just can’t do the grind anymore.

Feeling like I’m left out of the moment where museums, institutions, companies are scrambling for Black voices after years of doing diversity initiatives, being the only voice of reason in an often all-white room, being passed over for opportunities because of my “attitude” … and then reading about the murder of teen activist Oluwatoyin Salau just makes me want to give up. Black women activists, business owners, and leaders are vulnerable because the communities we serve, live, and love in are also vulnerable. And often they don’t think of helping us. What could have been for Toyin if she had secure housing, savings, and a community that rallied around her after her assault? Would she still be alive if we ensured her safety that she demanded for others, at her own expense.

I’m writing this all to express, when the moment is over, and everyone is back to normal, when the opportunities for Black voices settle, when facilities open up, when you put down your posters… Remember me and the countless other people who’ve been fighting and shouting for years, and now that you want to listen, we are too tired to be heard. Remember the Black woman who is unsafe and needs care. Remember the teacher, the friend, the advocate, the makeshift therapist, the activist who always accepted less than her value because she had to. Lift her up, pay her right, listen to her, respect her time, and don’t ask her to have to share more without offering something. That’s solidarity.

I do not want corporate sponsors. I do not want black squares. I do not want wealthy celebrities, even Black ones, to pat me on the head. I do not want followers or anything that looks like influencer worship that dilutes movements into catchphrases. I want protection for Black women. I want reparations. And I want it now.

May Toyin’s spirit find the solidarity she could not find in this life.

Featured Image: Rashayla Marie Brown stands to the right of the image, facing left and looking on as artwork burns on a sidewalk outdoors. There is a circle of onlooker surrounding her. The photo is from the performance Rage to Master: RMB Performs on the Occasion of KJM’s Retrospective (The M is for Master) at the Museum of Contemporary Art in Chicago, in 2016. Photo courtesy of the artist.