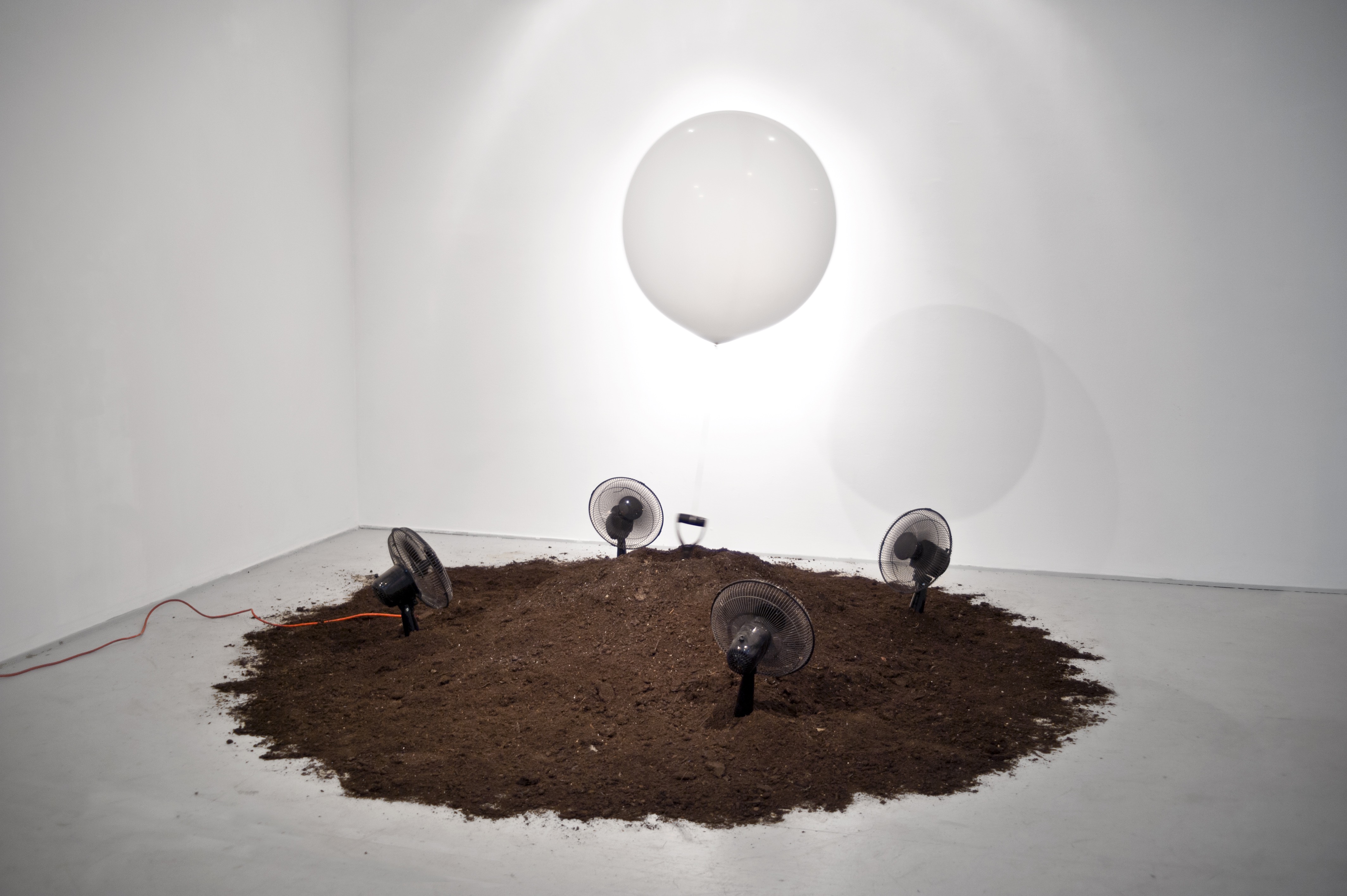 Eileen Rae Walsh is an artist who creates site-responsive, photo-based compositions that create a hybrid of the digital filter-like qualities of our devices and the colors and textures that can be found in the natural and physical world. Jeffrey Michael Austin is a musician, one third of  Growing Concerns Poetry Collective, and an artist who creates ephemeral, site-specific installations and sculptures that often rely on physics and chance. This is their story.

Eileen: I came over to what was then The Chicago Perch (and what is now our apartment) for a meeting with Matt about some programming we were to collaborate on. He introduced me to Jeff for the first time and as Jeff turned to shake my hand, I spilled my coffee on the floor in front of him. It was really embarrassing.

Jeffrey: It wasn’t that bad. The three of us talked for awhile about how our main projects at the time (The Chicago Perch and Echo) could come together for a public program and when my brother had to leave Eileen and I just kept talking for hours.

Eileen: One thing I really admire about Jeff is his willingness to play. He works from an intuitive place and discovers content as he manipulates materials in strange ways. He is drawn to idiosyncratic moments or happenings in the world that, for him, reflect something about the human condition. He likes to re-stage those moments in the studio, using objects that request a kind of empathy in their state there. A lot of his practice is philosophical, rooted in intellectual stimulation.

Jeffrey: Eileen’s work seems to me to be about creating complex sensations through the abstraction and experimental sequencing of images. There’s a lot of sensitivity and nuance in her process; like an acute emotional responsiveness. If a single image in a huge installation shifts one inch, or a print’s hue moves slightly in one direction or the other, she seems to feel that variance in an intense way as though it’s completely transformed the effect of the piece as a whole. It’s visceral and it’s delicate. Jeff and Eileen at ACRE residency.

Jeffrey: Eileen makes the bed, I do the dishes.

Eileen: Sometimes we don’t do either.

Eileen: We collaborated for the first time this summer at the ACRE residency in Steuben, Wisconsin. We applied with the intention of collaborating, not really having much of a plan except that we’d always felt we shared similar concerns and some visual language within our work. We didn’t want to make things that looked like “both of us,” but rather, use the space to identify a few particulars that we felt our separate practices were lacking, but we wished weren’t.

Jeffrey: Our time at ACRE felt like a trial in collaboration. The real collaboration between us is on its way, though — we’ll have a two-person show at the Luminary in St. Louis later on this year that we’re both really excited about. Like Eileen said, I think we’re both interested in seeing what unique work can come out of us working side [rather than] simply putting our individual works together in a space.

Eileen: Honestly, we learned a lot of hard lessons during that ‘trial.’ We had a lot of studio visits that were really encouraging, which was so important. I think we had set out to build a whole new language together, just – poof! From nothing. There was a lot of pressure. Jeffrey: I feel I’ve been influenced most by the conversations Eileen and I have had around our practices over the years. The way she describes her process of composing installations feels very close to the way I approach composing music, and I think that sort of language and process has since crept into the way I work in the studio. Approaching pieces as movements instead of single notes.

Eileen: Jeff and I talk a lot. It is really special to be with someone that can share your excitements and frustrations within an art practice. Jeff has helped me to slow down a bit, which is so good, because I can work at a kind of frantic, anxious pace sometimes. He also looks at my work without the same heavy background in the history and theory of photography that I have, and therefore uses a language that feels really freeing sometimes. He can tap into to emotional tenor of the work, and different kinds of formal desires. He pushes me to take different kinds of risks.

You can find more work and sounds by Jeffrey Michael Austin at jeffreymichaelaustin.com. Eileen Rae Walsh’s work can be found at eileenrae.com.