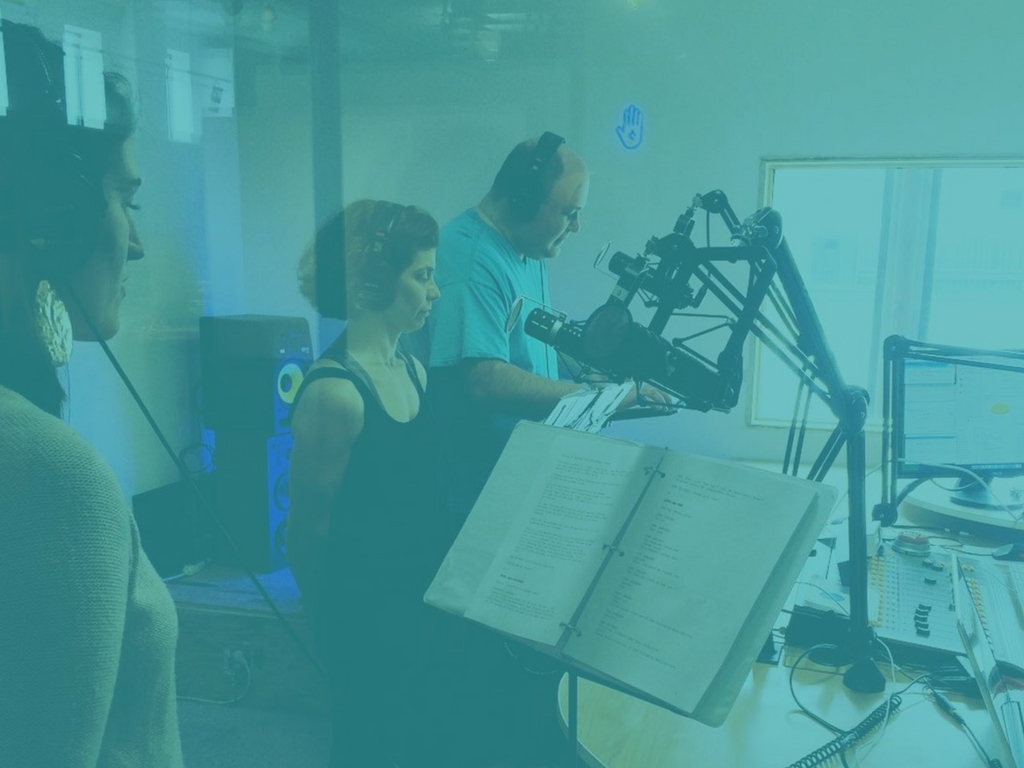 Focusing on independent media across the city and folks who are making space for cultural coverage and critical dialogue in print, podcasts, radio, and online publishing, Waves, Web & Page is a conversation that dives into how these people and platforms were established, how they sustain, what voices and audiences they serve, how they generate quality content and get it to their audiences, and the driving motivation behind their work.

The original lineup also included Alex Cox of Cards Against Humanity and Postloudness, as well as Ed Marszewski and Logan Bay of Lumpen Radio, but they were unable to attend the day of the panel. (We still love what they do, wanted to give a shout out, and encourage you to check them out!)

_
ABOUT THE SPEAKERS
Tracy Baim is publisher and executive editor at Windy City Times, a weekly LGBTQ newspaper which she co-founded in 1985. Baim received the 2013 Chicago Headline Club Lifetime Achievement Award for her 30 years in journalism. In 2014, she was inducted into the National Lesbian and Gay Journalists Association Hall of Fame. She has won numerous LGBT community and journalism honors, including the Community Media Workshop’s Studs Terkel Award in 2005 and several Peter Lisagor journalism awards. Baim’s most recent book is Barbara Gittings: Gay Pioneer. Her other books include Gay Press, Gay Power: The Growth of LGBT Community Newspapers in America; Obama and the Gays: A Political Marriage; and Out and Proud in Chicago. windycitymediagroup.com

Logan Bay is the Managing Director of the Public Media Institute (PMI) , which publishes Lumpen Magazine and Mash Tun Journal. He is also the Station Manager of recently launched low power community radio station, Lumpen Radio ( WLPN-LP ) on 105.5 FM. Logan manages, programs and facilitates the long running experimental cultural center, The Co-Prosperity Sphere based in Bridgeport, The Community of the Future. Logan is also the co-founder of Version Festival and Select Media Festival. lumpen.com

Lee Bey is a respected expert, writer, and photographer of the built environment. He also consults and lectures on urban design, community development and architectural preservation issues. Bey’s past positions include five years as architecture critic for the Chicago Sun-Times and a three-year stint as deputy chief of staff for architecture and urban planning under Chicago Mayor Richard M. Daley. Bey has also worked as director of governmental affairs for Skidmore Owings and Merrill, and as Associate Director for Special Projects at the University of Chicago. Bey regularly appears in print and broadcast media to discuss architectural topics.’In 2013, WTTW’s “Chicago Tonight” program called Bey “one of Chicago’s keenest observers of architecture and urban planning.”

Alex Cox is the Senior Producer at Cards Against Humanity and co-hosts the podcasts Roboism, Do By Friday, and Refresh. She also co-founded Postloudness, a collective of audio shows by POC, women, and queer identified hosts. postloudness.com

Andrea Hart is a Chicago-based multimedia journalist and interdisciplinary educator. She is a Co-Founder and the Director of Community Engagement at City Bureau. She also currently serves as a local news consultant researching Chicago’s media ecosystem for the Democracy Fund. Since 2010 she has designed collaborative journalism programs for leading youth media organizations such as Young Chicago Authors and Yollocalli Arts Reach. In 2016 she served on the Hive Chicago Learning Network Advisory Committee and continues to freelance teach as well as creatively consult for other organizations. She was a 2016 Voqal Social Entrepreneur fellow and was a Fall 2015 recipient of a Shuttleworth Foundation Flash Grant. andreafayehart.com / citybureau.org

Ed Marszewski is the Director of the Public Media Institute (PMI) , which publishes Lumpen Magazine and Mash Tun Journal. PMI recently launched the low power community radio station, Lumpen Radio ( WLPN-LP ) on 105.5 FM. PMI also programs and facilitates the long running experimental cultural center, The Co-Prosperity Sphere based in Bridgeport, The Community of the Future. Ed is also the co-founder of Version Festival, Select Media Festival, the MDW Fair and other projects. He is also the co-founder of Maria’s Packaged Goods & Community Bar, Kimski, and Marz Community Brewing Co. lumpen.com