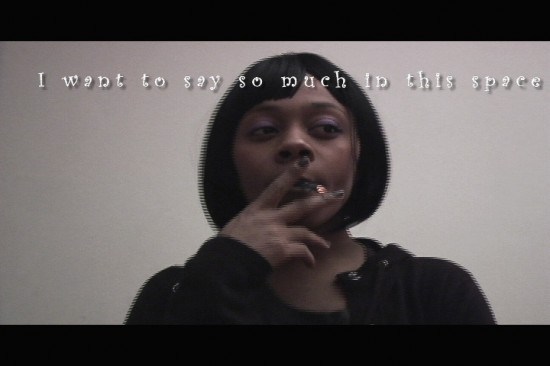 It takes a certain amount of courage and vision to push the aesthetic limits of film in a way that is intriguing and unpredictable, but filmmaker Amir George‘s work does this regularly. His shorts have been screened in various different places across the city–for the crowds at the Art Institute, as well as smaller spaces like the Society For Arts in Wicker Park. If you caught some of the screenings at the Chicago International Music and Movies Festival this year, you may have seen some of his work. In his first year participating in the festival he broke records. Three of his works were included, which until this year that was unheard of.  Amir’s video for the song Get It Off My Chest by Chicago’s own Drunken Monkeee puts a new spin on the 2008 film Bronson. The video for She Wants a Man by Supertoy is a visually alluring with its inventive use of costume and editing, and the occasional familiar Chicago landscape. In one of my personal favorites, Meshes of Fear Land, he cleverly combines the surreal imagery of Maya Deren with a remix of the song Fear by Lily Allen, creating something that would fit comfortably with one of Man Ray’s experimental films from the early 20th century. While he’s got quite a few videos under his belt, it doesn’t stop there. Occasionally, you can catch him adding his experimental video creations in the art, music and video collaborative, Gold Fronts.

To add to his list of accomplishments, this year Amir has completed his latest short feature film, The Mind of Delilah. The film follows emerging artist Delilah Miles as she navigates her way through the inner and outer pressures of the creation process, confronts the archetypes of the art world and ultimately tries to find her own way. After attending the premier screening of the film, I asked Amir some questions about his career experiences up to this point, what he thinks will take Chicago film to the next level and who exactly is Delilah.

Film still from The Mind of Delilah, 2011. (Image courtesy of the artist.)

Tempestt Hazel: Who is Delilah?

Amir George: Delilah Miles was born from a self-portrait taken by lead actress Thai Tyler. When I would look at the photo it looked as if she was in the middle of a thought so I decided to write a script about the things she may be thinking.

TH: What is the concept behind “The Mind Of Delilah?”

AG: The film’s concept is open for interpretation per audience member, but to me apart of it is if you’re an artist, keep making work and eventually you’ll get somebody’s attention.

TH: “The Mind of Delilah” pulled from some pretty satirical and stereotypical, yet familiar kinds of people that are thought to be found in the ‘art world’.  Can you talk a bit about some of these characters?

AG: The characters I created around who Delilah was, her friends, are an extension of her personality. The other characters are stereotypical artistic personalities, the aggregator, the more accomplished artist who thinks they deserve more, and the critic. Delilah is definitely an archetype though. Girls should want to be like her. She’s easily one of the most iconic characters to surface in film in the last couple years.

TH: Why did you decide to portray them this way?

AG: I believe its honest, I have come across similar people in some form or another.

TH: This film is the journey of an artist through the early stages of her career.  Does any of this pull from your own experience trying to make a living creating your work and navigating the competitive nature of the film industry?

AG: It does in how Delilah creates her work. She doesn’t have a clear concept at first, and doesn’t want to set a deadline for herself. But she has to get it done eventually, that’s how I felt while making the film. After working on it so much, it became less about me, and more about delivering a product for my cast and crew.

TH: Do you often collaborate with other visual artists in your work? What are the benefits of this relationship?

Film still from “Get It Off My Chest” by Drunken Monkeee, 2010. (Image courtesy of the artist.)

AG: I like to collaborate with people who can interpret my vision without me having to explain a lot. They just get it. Most of the crew for the movie read the script and was able to equate Delilah’s struggles to their own lives, and that worked out. The benefits are that we keep making good movies together.

TH: You have done quite a few music videos in your day.  What have been some of your most memorable shoots?

AG: just did a video with rap artist Supertoy in Toronto, it was pretty fun being in another country for the first time and just exploring.  Every shoot is memorable in its own way, but the new work is always more exciting.

TH: You recently had two videos screen at CIMM Fest for the first time.  How was that experience?

AG: It was actually 3 videos. It was the most work ever screened in the festival by a single person. The videos also screened in Canada for the North by Northeast festival. It was a great experience at both fests and a blessing.

TH: What projects are you currently working on? What is coming up in the future?

AG: I have a few projects in the works. I’m always in pre-production, production, and post all at the same time. I have more work being released throughout the remainder of the year, mostly films and a few videos here and there.

Film still from She Wants A Man by Supertoy, 2010. (Image courtesy of the artist.)

TH: In your opinion, what is needed to take Chicago’s arts communities to the next level?

AG: Take the great work we’re all making here and cross state lines with it. Share it with the world. Then bring it back home. Repeat 3 times with every art form and we’ll be fine.

TH: What does the Chicago film community specifically need more of?

AG: Enthusiasm and more screens.  The scene grows more and more each year, and more festivals are popping up. We just got to keep creating and screening.

AG: My circle of friends is a big inspiration on my work. They all helped me make Delilah without sitting in the editing room with me one time.

TH: What is the best film, short or video that you’ve seen lately?

AG: I can’t think of one in particular. I watch a lot of stuff.

TH: If you could work with any artist/filmmaker, who would it be?

The soundtrack to The Mind of Delilah will be available at the beginning of August as a free download.  Check the official website, www.themindofdelilah.tumblr.com, for updates of screenings and more news on the film.  Want to get into the mind of Delilah? Follow her on Twitter at @mindofdelilah

The Mind of Delilah Trailer from Amir George on Vimeo.

Featured Image: Film still from The Mind of Delilah, 2011. (Image courtesy of the artist.)