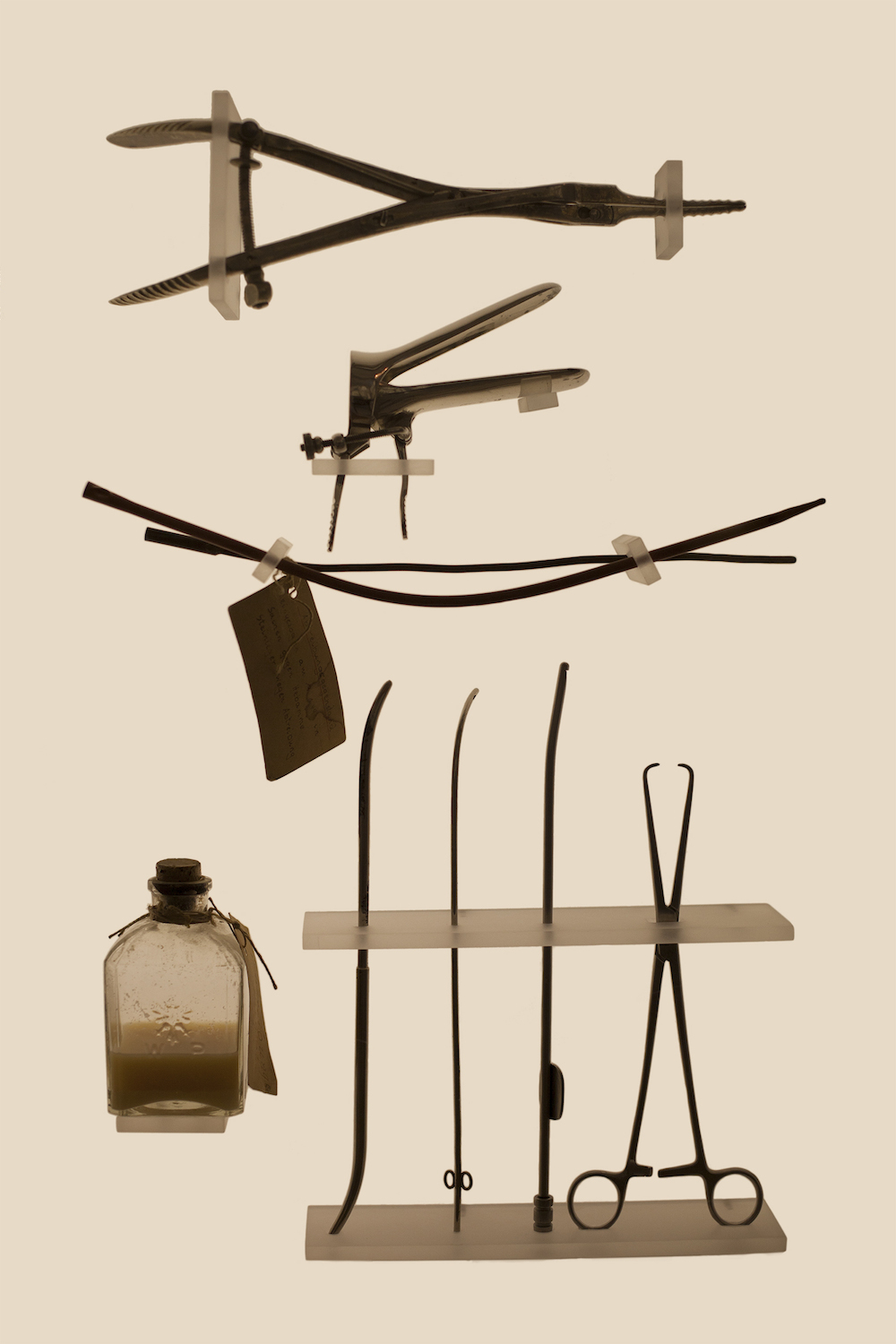 In the picture a set of household abortion tools. In places where abortion is illegal, certain medical instruments can be a giveaway. For this reason, specific supplies have rarely been developed or sold for this procedure. Instead, doctors, back-street abortionists and pregnant women turn to common household tools: knitting needles, wire clothes hangers, urinary catheters and a wide variety of other objects long enough to reach into the uterus.

In the history of coercive reproduction, before the legalization of abortion – and currently in the countries which remains illegal; was dominated for centuries by restrictive laws, based on demographic and religious agendas. Due the lack of alternatives, women was forced to apply dangerous methods for termination of her pregnancy, facing serious physical damage or even death. Both safe and very effective methods were only developed as of the middle of the last century.  The lives and the survival rate of women have thereby greatly improved.