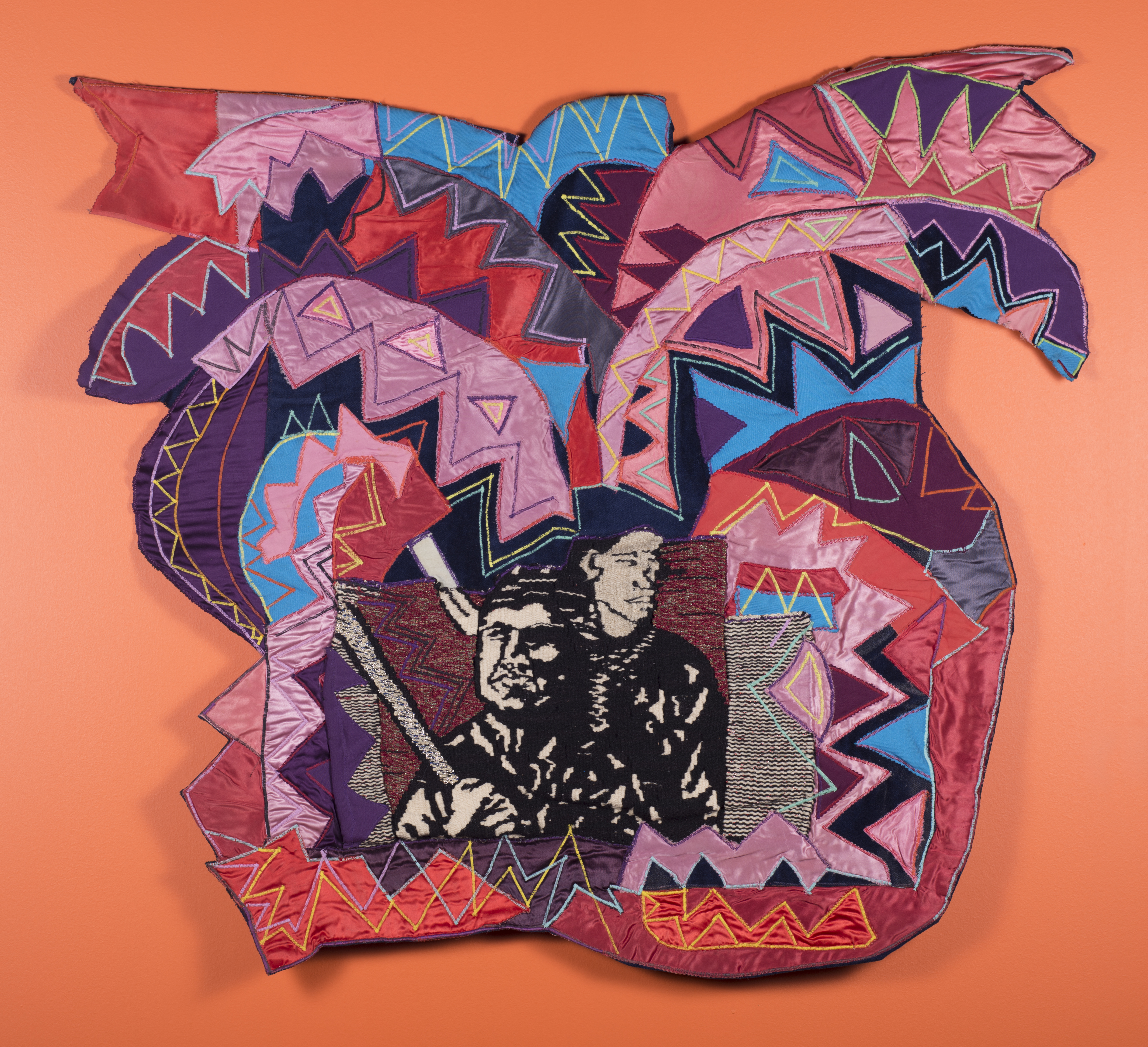 Artist Napoleon Jones Henderson’s piece Decade of the Woman emphasizes craft and embroidery in sewn, naturlistic forms that jut forward in a manner similar to palm fronds. In the center of the piece there is a cloth image of two female figures. They radiate authority and bravery. Image credited to Daniel Bock and courtesy of Carol Fox and Associates